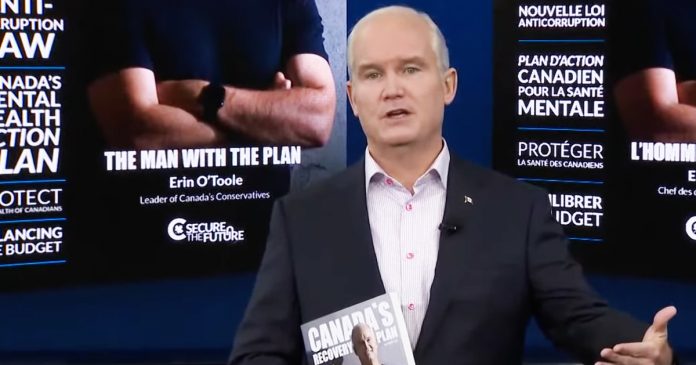 The Conservative Party’s ongoing investigation into suspended national councillor Bert Chen is a sign of “desperation and not strength,” according to one veteran political activist.

As revealed in a letter obtained by True North, lawyers representing the Conservatives have launched an inquisition into Chen’s conduct and are demanding he turn over extensive amounts of private communications including text messages, emails, written notes and records of phone calls.

A majority of national council members, including a proxy voting on behalf of O’Toole, voted to suspend Chen for 60 days at a meeting last month.

“This is not the response of a team that is in a position of strength. Clearly Erin O’Toole is the nominal leader of the Conservative Party of Canada and the letter from the party’s legal counsel to Mr. Chen regarding his petition is evidence of that fact.”

Hayward is an active member of the Conservative Party. RightNow succeeded in passing several policy proposals at the party’s latest national policy convention.

According to Hayward, the actions taken by the party and its national council against Chen do not reflect the grassroots membership, who Hayward claims largely support a leadership change.

“From the thousands of Conservative Party of Canada members I have personally spoken with in all regions of the country (who are door-knockers, EDA board members, donors to the party), most within the party are supportive of Mr. Chen’s petition and would warmly welcome a leadership race and change,” said Hayward in an emailed statement.

Chen’s petition, which was initiated shortly after Conservative Leader O’Toole was handed a resounding defeat by Prime Minister Justin Trudeau, has since received over 5,400 signatures.

A dueling petition in support of him staying on as leader has only garnered 2,308 signatures.