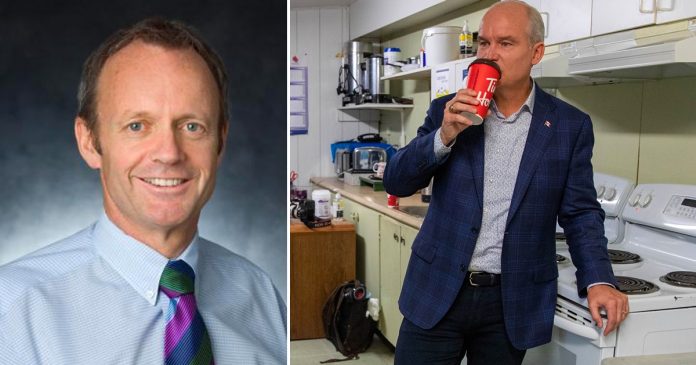 Day made the comment on his personal Twitter account, calling O’Toole’s emission of Lewis a “heart breaking move” and accused the Conservative leader of allowing “liberal advisors to slap Leslyn Lewis.”

Lewis, who was first elected to office during the 2021 federal election, was starkly missing from the shadow cabinet list unveiled by the Conservative Party of Canada.

In a tweet following the cabinet’s unveiling, Lewis congratulated her colleagues for their new portfolios.

“Looking forward to working with each one of you on your portfolios as we advocate for a better, stronger, more united Canada,” tweeted Lewis.

Other rookie MPs like Mellissa Lanstman and Michelle Ferriere were handed critic portfolios, while Lewis was not.

As one of the contenders for the party’s 2020 leadership race, Lewis finished third place behind O’Toole’s main opponent Peter Mackay.

At the time, O’Toole heaped praise on Lewis and her candidacy which he described as a “historic moment” for the party.

“The candidacy of Dr. Leslyn Lewis is a historic moment for our party. A business leader, a lawyer, an activist, a mother, and, yes, because she is a woman of colour. Her candidacy is celebrated and honoured by me and should be celebrated by every member of our Party,” tweeted O’Toole.

“I look forward to working with Dr. Lewis and all members of our Party who are active in the Black and other communities to take back Canada!”

Although O’Toole has not yet addressed why he kept Lewis out of a critic position, he recently admonished Conservative MPs like Lewis who have spoken out against mandatory vaccination.