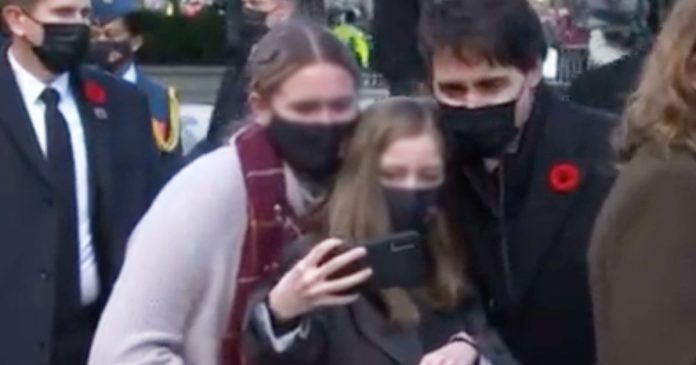 Prime Minister Justin Trudeau took the opportunity to snap selfies with fans at Ottawa’s National War Memorial, as people were paying their respects to Canada’s fallen soldiers on Remembrance Day.

A clip circulating online shows the prime minister flanked by fans requesting to take photos with him. During the incident, Trudeau stops to pose with a few groups of people for photos.

The incident follows a disruption at the national Remembrance Day service, where Trudeau and others arrived late due to a reported security incident.

As the ceremony was underway, Trudeau arrived just in time for the two-minutes of silence observed to honour the dead.

According to Rideau Hall, Simon’s late arrival was caused by security concerns.

Following the incident, the RCMP investigated a suspicious package in the area before determining that there was no threat to public safety.

Some commentators and observers criticized the handling and timing of Simon’s arrival as disrespectful to veterans.