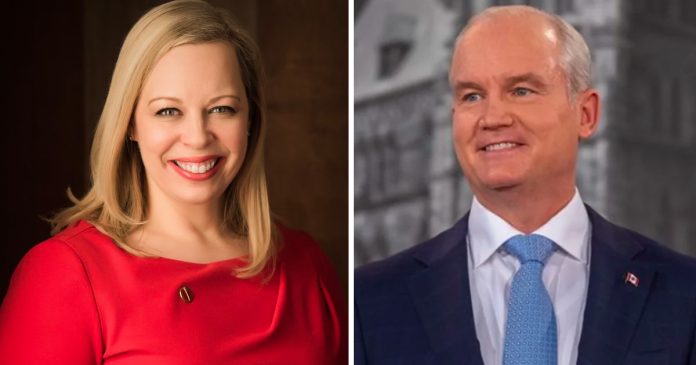 Conservative Party Leader Erin O’Toole has ejected Senator Denise Batters from the party’s caucus after she started a petition calling on the party to hold an early leadership review.

According to Globe and Mail reporter Laura Stone, O’Toole accused Batters of a “clear lack of respect” towards the party caucus.

“As the Leader of the Conservative Party of Canada, I will not tolerate an individual discrediting and showing a clear lack of respect towards the efforts of the entire Conservative caucus, who are holding the corrupt and disastrous Trudeau government to account,” O’Toole said in a statement.

“Just eight weeks ago, Canadians elected Conservatives to hold Justin Trudeau accountable for his economic mismanagement, and fight the cost of living crisis, skyrocketing inflation and supply chain issues that are crippling businesses. That is our focus as a team.”

In an interview with True North earlier today prior to her ejection from caucus, Senator Batters stood by her petition, claiming that it was a way to give members a choice over the direction O’Toole is taking the party.

“Erin O’Toole has reversed Conservative party policies without consultation or input from party members and caucus as well,” Batters said.

“It’s critical that party members be given a chance to have their voice heard, otherwise I’m very concerned that the party might split and that’s what I’ve been becoming increasingly worried about over the last several weeks.”

According to reports, Batters petition has surpassed 2,000 signatures within 24-hours since it was released.