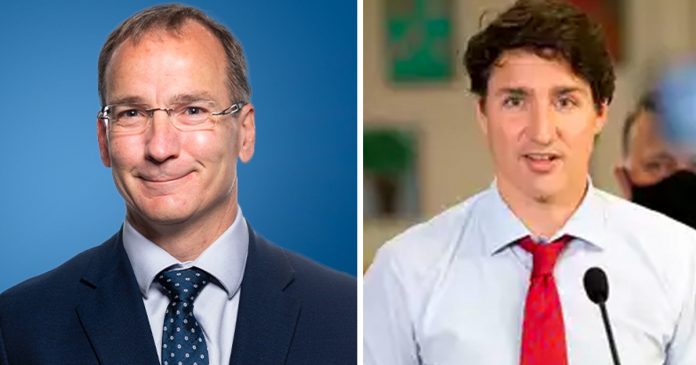 UCP MLA Jason Stephan denounced Prime Minister Justin Trudeau in the Alberta legislature on Wednesday, accusing him of inflaming separatism and being the first “NDP Prime Minister in Canada.”

Stephan made the comments while debating equalization.

Stephan also went on to say the Liberal government has it out for Albertans.

“Alberta businesses and families should not be subject to unprincipled federal politicians who have demonstrated that they will not hesitate to attack the livelihoods of Alberta individuals and families to further their political ambitions for power,” said Stephan.

“Canada is spending itself into oblivion, threatening to take Alberta down with it, adopting policies of economic self-destruction, undermining the capacity of Alberta businesses and families to provide for themselves and others. What Canada was is less important to what it is and what it’s becoming. When legal plunder displaces work as a ruling principle, a sustainable society is lost. I mean this in all sincerity.”

Critics of Trudeau have accused him of alienating the province through his anti-oil policies, including his announcement at COP26 of a cap on emissions in the energy sector.

In response to the announcement, Alberta Premier Jason Kenney chastised Trudeau for ignoring the needs of Albertans and not consulting with his government on.