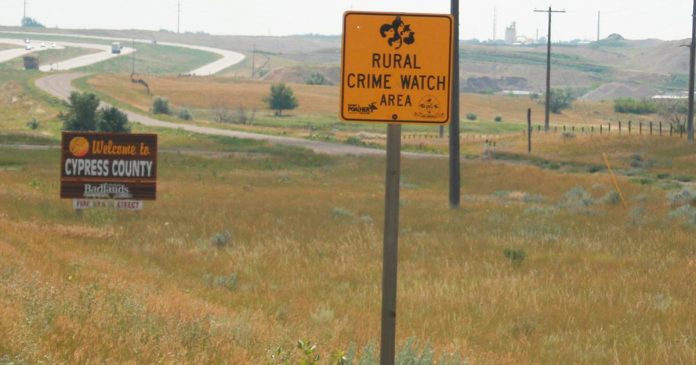 The initiative will have support from the provincial government and the Saskatchewan RCMP.

SARM President Ray Orb called the group a “second set of eyes for the police” and hopes that it will cut down police response times and increase communication between residents and law enforcement.

“By reporting suspicious activity immediately to the RCMP or 911, volunteers become the extra eyes and ears for local police when they may not be in their area,” said Orb in a news release on the matter.

“Rural Crime Watch has already been proven successful. Statistics show that areas with organized Crime Watch programs tend to have a significant reduction in criminal activity, including theft of equipment and grain, vandalism, dumping of garbage, break-and-enters, and cattle rustling.”

Locals hoping to enlist and volunteer for the program will be required to undergo a security and background check with their local RCMP.

Once a volunteer, members of the association will be tasked with observing, recording and reporting suspicious activity or vehicles.

“Our communities have always looked out for each other,” SUMA President Rodger Hayward said.

“We share a common goal of wanting safer homes and safer communities, and starting a Rural Crime Watch program in your area makes that goal actionable. Simply put, working together helps the police solve and prevent crime, which makes our communities safer places to live.”

“Police Services, farmers, and businesses in Saskatchewan have told us about the dangerous growth of metal theft,” said the province’s Justice Minister and Attorney General Gordon Wyant.

“This legislation will serve as a valuable tool for police when working to reduce this type of crime, which is often specifically targeted at rural property owners.”