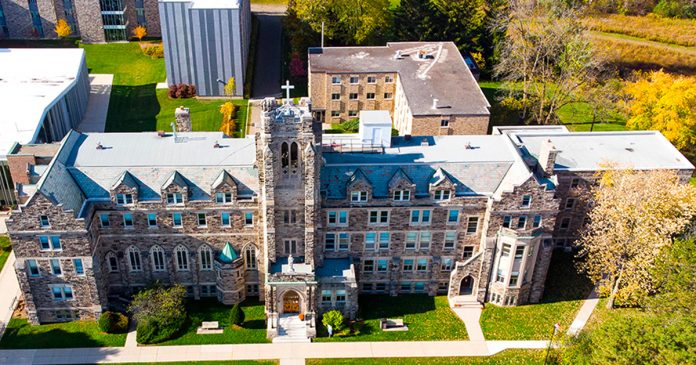 Two colleges associated with Western University have adopted a series of recommendations based on critical race theory and other far-left “anti-racism” ideologies.

“Critical Race theorists describe the enduring effects of historical injustices on Black people in America, and the equally lasting economic, social, legal, and cultural benefits that accrued to white Americans from centuries of anti-Black racism.”

“In Canada too, Black history is a painful chronicle of enslavement, segregation, forced relocation, denial of opportunity, and ongoing violence and criminalization.”

Among the recommendations cited by the report include measures such as using a racial “bias interrupter” during job interviews. A bias interruptor is defined as “a person whose role it is to point out when bias is being displayed” during the hiring process.

With regards to hiring, the working group calls on the colleges to “reward anti-racism initiatives” when considering promotion.

Critical race theory is an interpretive lens that originated in the legal profession which holds the view that racism is embedded in US laws and institutions to maintain inequalities between white people and minorities. To date, the lens has spread to a wide array of other fields including education, healthcare and politics.

The report also laments how common teaching practices like group assignments “can impact students of colour” and calls for teachers to “educate students in navigating those practices without committing racial harm.”

A major recommendation put forward by the working group calls for the colleges to “decolonize curricula” and teaching materials which include expanding the “idea of what counts as academic content” by allowing students to pursue oral histories and stories.

It is also recommended by the report that the colleges hire a number of “anti-racism” bureaucrats and to fund an equity, diversity and inclusion office.

“Foster an understanding of how everyday racism or racist microaggressions affect racialized people,” the report suggests.

The working group also suggested that all students and administrators undergo “anti-bias” discussions and training.

“Combat ignorance about racism by engaging the campus community—students, all employees including senior administrators, and Board members—in anti-bias discussions and ‘training.’,” the report authors recommend.

“Proactively put antiracism into Human Resources practices and hiring policies, acknowledging that power and social networks have been historically white.”

The adoption of the recommendations by King’s and Brescia is part of a growing trend of critical race theory being implemented across the public education system. As exclusively reported by True North, other universities have been recently hiring critical race theory specialists.