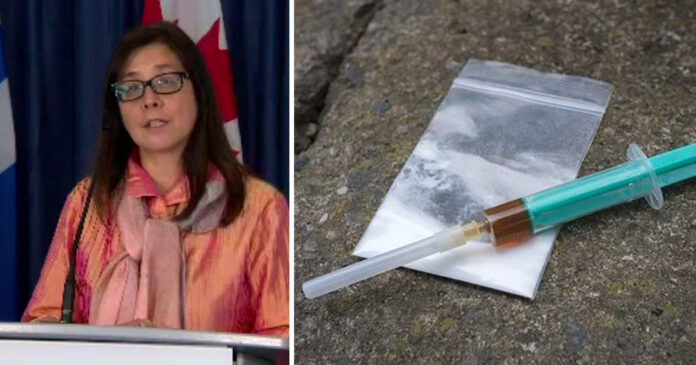 Toronto Public Health (TPH) will be presenting a report to its board that recommends drugs be decriminalized to combat the opioid crisis, the City of Toronto stated Monday.

If accepted by Health Canada, it would mean that people found possessing drugs in Toronto would not be subjected to criminal penalties. All activities associated with drug trafficking would remain illegal.

The report calls for a “public health approach” to drug use in Toronto. Recommendations include increased federal and provincial investments in critical health and social supports, a national framework to decriminalize possession of drugs for personal use, and an approach to decriminalization within Toronto boundaries that maintains criminal penalties for drug trafficking.

A public health approach helps drug users by bringing them into an environment where they feel “acknowledged and safe,” according to TPH. This approach allows for “harm reduction peers or workers” to make connections with people who are most at risk of overdosing.

“The current approach to the drug poisoning crisis is not working and we continue to see tragic outcomes that are preventable,” said Eileen de Villa, Toronto’s Medical Officer of Health. “Treating substance use as a health challenge, rather than a criminal act, will help create pathways to support and save lives.”

TPH said decriminalization alone will not address the opioid crisis. It must be accompanied by new spending, as well as expanded access to safer supply, harm reduction, and treatment services.

This report will be considered at the Dec. 6 Board of Health meeting.

Vancouver City Council took a similar approach by voting in November to support a program that would provide drugs to people at risk of overdosing.

Vancouver City Council voted 10-0 in favour of the motion.

The Drug Users Liberation Front and the Vancouver Area Network of Drug Users have applied to the Canadian government for an exemption under Section 56(1) of the Controlled Drugs and Substances Act to allow them to distribute drugs in the city.