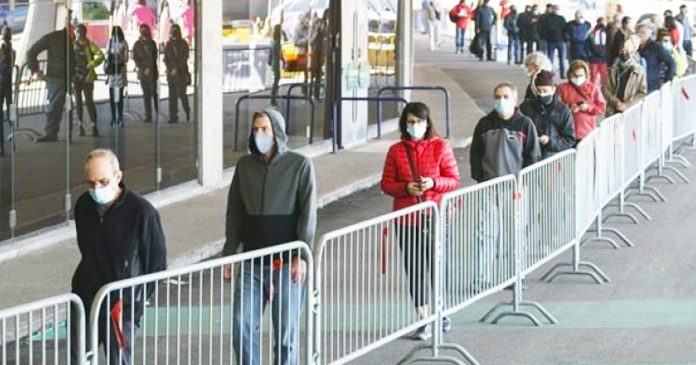 As Canadian politicians and health officials leap to impose new restrictions over the Omicron variant of COVID-19, dire concerns are being raised about the hastiness and consequences of additional lockdowns. These include the South African doctor who first called attention to the new variant, who has expressed dismay over the heavy-handedness of the world’s reactions.

Dr. Angelique Coetzee is chair of the South African Medical Association and a General Practitioner of 33 years. In a letter to the Daily Mail, she wrote, “(n)o one here in South Africa is known to have been hospitalised with the Omicron variant, nor is anyone here believed to have fallen seriously ill with it.”

According to Coetzee, the new travel restrictions, quarantines, fines and other measures being imposed around the world are an overreaction. “The simple truth is: we don’t know yet anywhere near enough about Omicron to make such judgments or to impose such policies.”

Reinforcing Coetzee’s warning is a report released yesterday by the Canadian Medical Association. The study revealed what many Canadians already knew – that COVID-19 restrictions have already had a devastating effect both on the health care system and the economy as a whole.

In addition to the need for $1.3 billion in funding to return to pre-pandemic levels of care, the postponement of surgeries, screenings and other medical procedures “may have contributed to more than 4,000 excess deaths not related to COVID-19 between August and December 2020,” the report reads.

According to Health Canada, 6,665 Canadians died of COVID-19 in the same time period.

The report also indicated a rise in mental disorders, substance abuse and opioid deaths. Depression and anxiety were up as people found themselves unable to live their lives normally, including the health care workers experiencing burnout.

“Stress brought on by the pandemic, the closure of public health services and schools and isolation as a result of physical distancing measures have all had a negative impact on the social determinants of health.”

As Brian Lilley writes in the Toronto Sun, the study should serve as a wake-up call to overreacting policy-makers. “The mental and physical health of Canadians isn’t simply measured against COVID but other factors as well.”