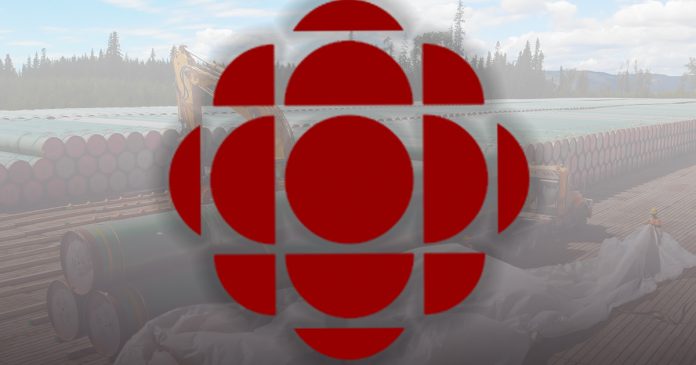 The article, presented as an explainer on how the illegal blockades allegedly help keep “emissions in the ground,” is not based on scientific fact, but rather is full of baseless environmentalist guesswork.

Its reporter makes no mention that the ongoing blockades and disruptions at the northern B.C. site have been declared illegal by a court of law.

In 2020, the B.C. Supreme Court granted Coastal GasLink an injunction against the protestors, who claim to represent a small band of unelected Wet’suwet’en First Nation chiefs.

Justice Marguerite Church affirmed that Coastal GasLink had the necessary authorizations from all 20 elected First Nations councils along the pipeline’s route and was legally allowed to continue construction.

“There is a public interest in upholding the rule of law and restraining illegal behaviour and protecting of the right of the public, including the plaintiff, to access on Crown roads,” wrote Marguerite in the ruling.

On reducing emissions, the entire premise of the article hinges on a single report by the biased Indigenous Environmental Network. The Commissioner of the Public Inquiry into Anti-Alberta Energy Campaigns J. Stephens Allen notes the group has received funding from the foreign Polaris Institute USA for “organizing on dirty fuels and pipelines.”

The CBC article goes on to make the outlandish claim that by illegally protesting and blockading, activists have been able to prevent nearly 1.6 billion tonnes of greenhouse gas emissions from being released into the environment.

This figure is entirely based on estimates of how much greenhouse gas each pipeline would theoretically omit. It does not take into consideration the significant global emissions that LNG would help reduce by ending global reliance on dirty fuels like coal.

Coastal GasLink has found that the natural gas pipeline would reduce global emissions by up to 62% by supplanting coal-fired facilities in China and elsewhere in Asia.

Additionally, while protesting can hamper the speed of the project’s completion, it does nothing to reduce global demand for oil and gas imported from authoritarian countries such as Saudi Arabia and Russia. This demand is expected to grow in 2022.

The CBC article also paints RCMP raids as violent and involving “excessive police force” despite them being entirely legal and within the authority of the Mounties to enforce. False claims of police brutality have been a common propaganda tactic by the far left to inflame tensions against law enforcement.