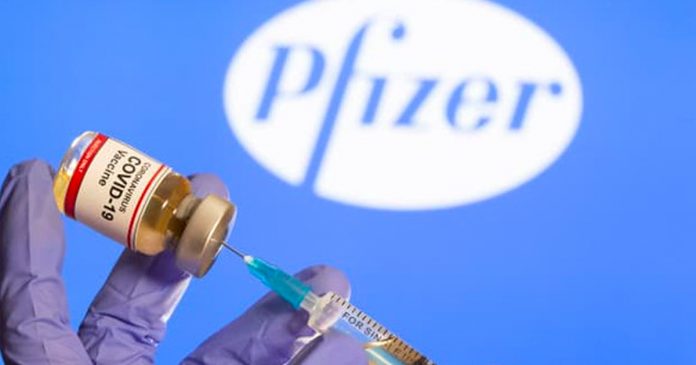 Major legacy media outlets – including CBC News, Global News, CTV News, the Globe and Mail and others – failed to disclose the Pfizer Pharmaceuticals funding a prominent BC pediatrician had received for various research studies, while at the same time citing him as an expert on COVID-19 vaccines and child vaccination.

Dr. Manish Sadarangani is a pediatric infectious disease physician and director of the BC Children’s Hospital’s Vaccine Evaluation Centre.

According to various citations, Dr. Sadarangani’s research has benefited from “investigator-initiated research grants” from Pfizer – one of the leading COVID-19 vaccine manufacturers.

Dr. Sadarangani’s Pfizer funding ties were most recently named in a research study published in the journal Vaccine on October 8, 2021. The study involved Canadian parents’ perceptions of COVID-19 vaccination. Its declaration of competing interests states that Dr. Sadarangani “has been an investigator on projects funded by GlaxoSmithKline, Merck, Pfizer, Sanofi-Pasteur, Seqirus, Symvivo and VBI Vaccines.”

“All funds have been paid to his institute, and he has not received any personal payments,” the declaration notes. Similar statements are made in other disclosures regarding Dr. Sadarangani’s funding.

Other places where Dr. Sadarangani’s research funding from Pfizer is mentioned include a 2016 article of his own which was published on the Conversation, a 2018 BCCDC presentation by Dr. Sadarangani and a 2018 study in the Journal of the Pediatric Infectious Diseases Society “potential conflicts of interest” section.

True North reached out to Dr. Sadarangani but did not receive a response by deadline.

The most recent appearance by Dr. Sadarangani was in an October 7, 2021 article by CTV News on child COVID-19 research.

“We’ve got about 1,500 (subjects), so we’re still looking for around another 1,000 people, and we ideally really want to get these in as soon as possible, but definitely before the vaccine program extends to this pediatric age group,” Dr. Sadrangani is quoted as saying.

In November, Health Canada authorized the Pfizer-BioNTech Comirnaty COVID-19 vaccine for use on children between the ages of five and 11.

Even in articles that mention Pfizer vaccines directly, Dr. Sadarangani’s Pfizer research grants are not disclosed.

According to search results, Dr. Sadarangani’s name in reference to COVID-19 turns up at least eight times in CTV News, seven times in Global News, three times in CBC News and three times in the Globe and Mail, all without disclosing the Pfizer grants.

True North asked all of these media outlets why the Pfizer grants were not disclosed in their reports, but only the CBC responded by publication time.

“He is a pediatric infectious disease specialist who is currently leading research that is testing children across B.C. for COVID-19 antibodies to understand asymptomatic infections and better estimate the true infection rate among younger people,” said Thompson.

“Dr. Sadarangani’s commentary does not promote Pfizer nor has he received any personal payments from them. The research money was given to institutions.”

Many of the same outlets have cited other experts funded by Pfizer and other vaccine manufacturers such as AstraZeneca, also without disclosing their funding in the recent past. As exclusively reported by True North, major national media outlets such as CTV News, CBC, Global News, the Toronto Star, and the Globe and Mail did not reveal that prominent University of Calgary Professor and pediatrician Dr. Jim Kellner has received nearly $2 million in funding from Pfizer Pharmaceuticals since 2014 while pushing child vaccination. The latest spate of Pfizer funding for Dr. Kellner’s research is worth $787,004 and is allocated until the year 2022.