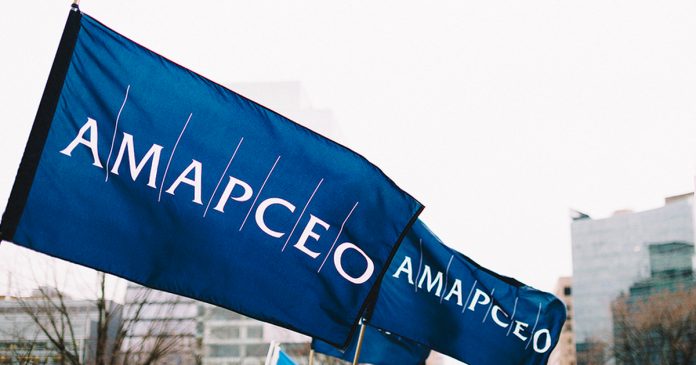 An Ontario union has voted overwhelmingly and without debate to allow black employees two extra days of mental health leave to deal with the impact of “anti-black racism.”

True North had previously reported that the Association of Management, Administrative and Professional Crown Employees (AMAPCEO) was considering the motion for its annual conference.

The chairperson of AMAPCEO’s black caucus, Elaine Spencer, claimed this coverage “demonized” black employees and provided all the more reason to give her members special consideration.

“Many of our members have volunteered their time to combat the anti-racism struggle in the Ontario Public Service (OPS) and that has led to burnout, a tremendous amount of re-lived traumas and exhaustion,” she said.

The motion was pushed through with no debate and no indication of the vote tally after considerable discussion ensued in response to a similar black caucus motion.

A source, who preferred to remain anonymous, says the two extra days is in addition to three days of compassionate leave already afforded to all union members.

A tape of the proceedings obtained by True North shows that several attendees tried to suggest that every minority group is deserving of equity initiatives. The suggestion came in response to a separate motion calling for special programs for black employees intended to  “address disparities in career advancement,” pay inequities and career development opportunities.

One member voiced concern that singling out black individuals limits the ability of all groups to move forward–and that these initiatives should be “extended to all equity groups.”

“Just to recognize one group may open up more issues,” said another member.

“I do stand with every marginalized community … we have to understand that Muslims are marginalized (as well as) Asians, Native Canadians,..,” added a third member.

When one attendee amended the motion to put its focus on all equity-seeking groups, Spencer became agitated. She suggested that if the word “black” is taken out, the union might as well strike down its black caucus altogether.

“In 2021 for us not to understand the disproportionate treatment and experiences of black employees within the OPS and then to suggest we broaden it…” Spencer said. “We are not equity-seeking; we are equity-denied.”:

Spencer insisted they were there specifically to address issues of black underrepresentation (at the OPS) and that everyone has the right to put forward resolutions specific to the needs of their own caucus.

“Everything we are experiencing has been at a disproportionate level in the OPS,” Spencer said.  “…Especially because of how we’ve been demonized in the media we must strike this (amendment) down.”

The amendment to extend the motion to include other groups failed, and the motion passed as originally proposed. The conference moderator indicated 140 members voted against the amendment but did not say who voted for it.

According to the Sunshine list, Spencer made $106,000 in 2020 as a senior policy advisor with the Ministry of Children, Community and Social Services.

The union leadership told those attending the conference the motion for two extra days leave would be placed on the list of priorities for collective bargaining. They affirmed they would most assuredly support it.