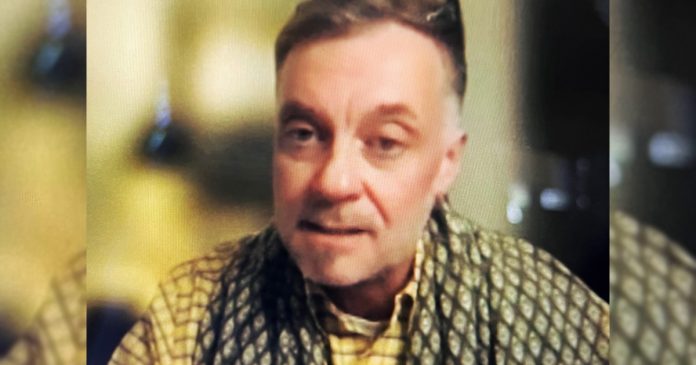 Social media was on fire Wednesday night as the chair of Canada’s largest school board draped himself in a shawl resembling a keffiyeh to discuss a report censuring trustee Alexandra Lulka for drawing attention to anti-Semitism at the board.

The keffiyeh – which has become a symbol of Palestinian resistance – was prominently wrapped around Toronto District School Board (TDSB) chair Alexander Brown’s neck for almost 90 minutes before he replaced it with a sweater vest.

The key item of the board meeting was a highly contentious 50-page report to censure Lulka for speaking out on Twitter in May against two anti-Israel manuals produced by TDSB equity employee Javier DaVila, a self-described “queer Latine transformer.”

Asked why he was wearing such a contentious article of clothing during a debate involving anti-Semitism, Brown responded that it was a “wool shawl” he’s worn before to board meetings.

“When I was made aware of concerns being shared online, I removed it immediately … to avoid any misconception,” Brown said.

The report on Lulka, penned by integrity commissioner Suzanne Craig, conceded that while some of the materials in the manuals could be considered anti-Semitic, Lulka should be sanctioned because she did not note the “positive educational value” of DaVila’s work.

An outside investigator, Morgan Sim – who posted some troubling anti-Israel tweets in the months preceding her review of Lulka’s statement – claimed the trustee perpetuated several harmful and recurring “stereotypes” about Palestinians and/or Muslims.

Lulka never mentioned either group in her May 23 statement.

After hours of often foolish debate, trustee Shelley Laskin tabled a motion to reject the report. Her motion passed 10-7.

Laskin warned her colleagues that there is a “crisis of confidence in this board” and that all trustees have a “moral imperative” to call out hate in all forms.

“(Lulka) accurately described the material as hateful,” Laskin said. “Her tweets were not contentious.”

Lulka told board members that as a Jewish trustee she has the right to “name and shame” anti-Semitism wherever she sees it.

“This complaint was intended to silence me and I will not be silenced,” she added, noting one of DaVila’s items justified the use of suicide bombings of Israelis as a form of resistance.

“Why is it that Jews are the only minority group that doesn’t get to define its own oppression?”

Before the report was considered, education director Colleen Russell-Rawlins made a weak attempt to undo the damage already done by trustees and TDSB top brass, who have virtually ignored incidents of anti-Semitism since September.

“To the Jewish community and students, I see your fear and anxiety that stems from incidents of anti-Semitism where our responses may have fallen short in the past,” Russell-Rawlins said. “The TDSB will recommit to creating a safe place for all of you and you never have reason to doubt our commitments to your safety again.

Russell-Rawlins repeated her promise to appoint an internal team for seven months that will offer “professional learning on anti-Semitism and Islamophobia.”

“We can develop a community of belonging…we must embrace and celebrate our differences,” the education director said. “This will be a long and difficult road to navigate.”

The internal team is still in the works.