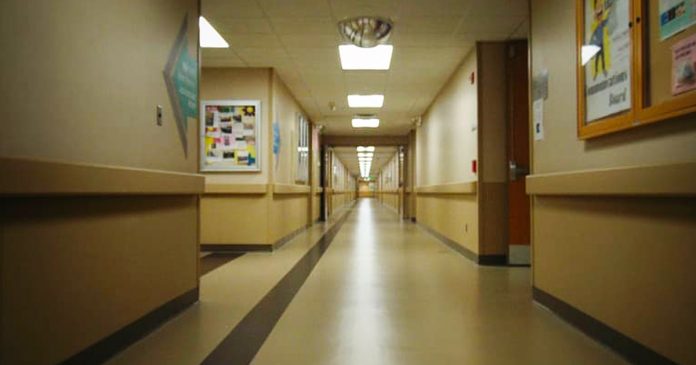 True North estimates that nearly 10,000 unvaccinated health care workers across Canada have been placed on unpaid leave or had their jobs terminated by health authorities as of Dec. 16.

This number comes from official provincial government data as well as media reports over the past few months.

Among provinces and territories, the B.C. government forced the most frontline and long term care workers out of their jobs. The province reported in November that 3,325 personnel were put on unpaid leave after its COVID-19 vaccine mandate deadline expired.

Both the B.C. Children’s Hospital and the B.C. Women’s Hospital and Health Centre saw impacts on future surgeries due to the mandates, while delays in surgeries and other procedures occurred at places such as Royal Jubilee Hospital, University Hospital of Northern British Columbia and Bulkley Valley District Hospital.

The Alberta Health Services (AHS) revealed earlier this month that both full-time and part-time unvaccinated staff members had been removed from their positions. The AHS would not say which hospitals were impacted, citing privacy concerns.

Ontario has not implemented a mandatory vaccine requirement for health care workers. Instead, individual hospitals have introduced their own initiatives and laid off workers who do not comply.

Among the most notable cases in Ontario were Unity Health – including St. Joseph’s Health Centre and St. Michael’s Hospital in Toronto – which saw 171 health care workers put on unpaid leave. Ottawa Hospital placed 318 employees on unpaid leave for failing to meet its COVID-19 vaccination policy.

Saskatchewan came in fourth place with 1,100 health care workers facing consequences for being unvaccinated, although the province has yet to finalize its plans on how to deal with those who won’t comply with vaccination requirements. True North reached out to Saskatchewan Health to find out how many health care workers were put on unpaid leave but did not receive a response.

In New Brunswick, out of the 2,000 public sector workers who were not vaccinated by the province’s mandate deadline, 734 of them were health care workers in the regional health authorities. As for Nova Scotia, the province has placed 531 health care professionals on unpaid leave.

Newfoundland and Labrador has not revealed how many unvaccinated health care workers have been terminated or suspended. Government health authorities did not respond to inquiries from True North.

As for P.E.I., Chief Communications Officer of Health Everton McLean told True North that “fewer than 5 staff members (were) affected” by provincial mandates.

In November, the Quebec government backed down on a vaccine mandate for health care workers after 14,000 were reported to not have received a first-dose of a COVID-19 vaccine. After revising its requirements and introducing testing options, 458 health care professionals were suspended for refusing to comply with the new regulations.

Similarly, 176 Manitoba health care workers were placed on unpaid leave in October after failing to comply with the province’s vaccination or testing mandate.

SecondStreet.org released a study on Dec. 9 showing that over 10,000 Canadians died on health care waiting lists in 2020-21.