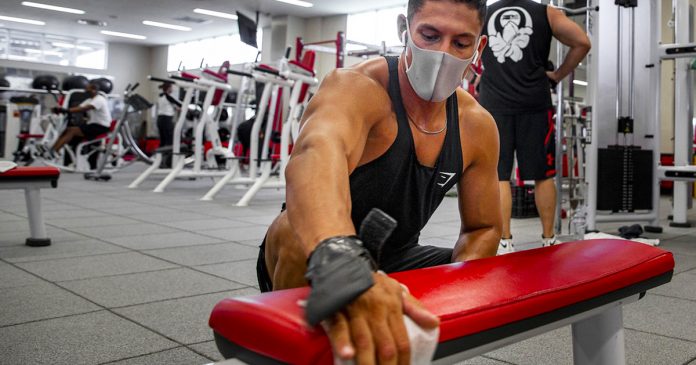 With fitness facilities across Canada again shutting down or facing new restrictions, some gym-owners are saying they must stay open at any cost because their members are thinking about suicide.

Speaking on condition of anonymity, an Ontario gym-owner told True North on Wednesday that he was going to be invoking an Ontario disabilities law to stay open for existing members who provided a note from a licensed physician, chiropractor or physiotherapist.

“I thought it would be the older guys that would be most afraid (of Omicron),” the owner said. “But it was the older ones who came to me and said they needed this because they’d been thinking about suicide.”

The owner said it had nothing to do with his bottom line and that he was already deeply in debt. He added he has no legal training and that he was offering the service on a trial basis. All other COVID protocols would continue to be followed.

“I don’t want to get into any trouble,” he said. “But for some people, working out is the only thing to do in their lives right now.”

The owner echoed the concerns of some experts that it made no sense to shut down gyms, especially with the pre-existing restrictions. He said that with only 15-20 people at a time in his 10,000 square-foot facility, there was plenty of distancing, and cleaning was diligent.

Hodson represents more than 6,000 facilities and six million gym members. She is also president and CEO of Vancouver-based LIVE WELL Exercise Clinic and says that gym-owners have done everything they possibly can to keep their staff and their members safe.

Hodson told True North that the fitness industry is reacting differently this time around than they did during the last lockdown.

“We are physically, emotionally and financially exhausted and depleted. People are fighting for their businesses, but it is more than that. They’re fighting for something that is their life purpose, their life savings and the livelihoods of themselves and their families.”

The Canadian Federation of Independent Business (CFIB) has condemned the latest round of lockdowns, saying that gyms have been especially hard-hit.

CFIB spokesperson Julie Kwiecinski told True North on Wednesday that she has heard from gym-owners who have done everything to keep their gyms sanitary and have not had one case of COVID.

“There’s resignation in their voice,” she said. “It’s totally disheartening for them.”

Most gyms have closed as ordered, but some have publicly defied the new lockdowns while others have quietly stayed open. Still others have sought to interpret health orders in ways that would allow them to keep operating.

Hodson told True North that these actions are understandable given the plight people are in.

Hodson says that the current crisis represents the biggest opportunity the fitness industry will ever have to be recognized as an essential part of health care because research proves that exercise functions in ways “equal to an anti-depressant medication.”

“But when people are in dire straits and have their back up against the wall,” she adds, “people start making different decisions.”

“But this is indicative honestly of an industry that’s fighting to stay alive.”