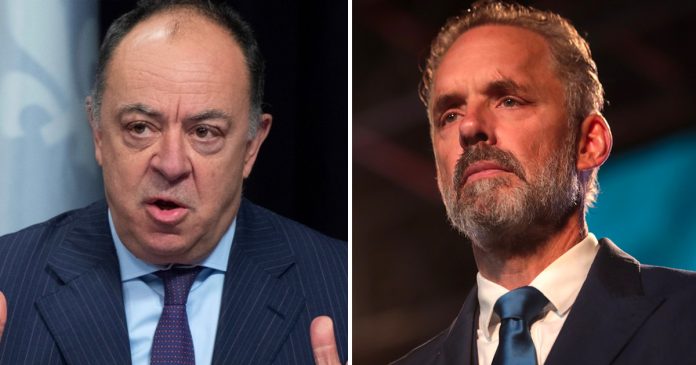 “When will this stop?” said Peterson in a tweet on Friday. “When we stop it.”

Dubé announced at a press conference on Thursday that Quebec will be expanding its vaccine passport system to require three doses.

Dubé did not provide an exact date for the change but said it would be made after all Quebecers were eligible for a third dose.

Dubé went on to say that people would need to show vaccine passports to buy alcohol at the province-run Société des Alcools du Québec or cannabis at the Société Québécoise du Cannabis as of Jan. 18.

He added that the government would be expanding vaccine passports into other non-essential businesses such as personal care services. This announcement would be made in the coming days.

“By limiting the places (the unvaccinated) can go, we’re limiting their contacts,” said Dubé. “If you don’t want to get vaccinated, stay home.”

Peterson said in a tweet on Sunday that Legault should be ashamed for implementing the new curfew in Quebec. He compared what is happening in Quebec to the situation in the Netherlands where police attacked protestors and sicced dogs on them.

“What you are doing is appalling and wrong,” said Peterson. “Have you seen what is happening in Amsterdam?”

He went on to condemn Trudeau for demonizing unvaccinated people in a recent interview.

“And you, @JustinTrudeau, accusing your own citizens of misogyny and racism just because they object to your moralistic coercion,” said Peterson.

Trudeau made the remarks in French on a Quebec television show, saying that unvaccinated people are often bigots and asking whether Canadians – and whether even he himself – should accept their very presence.

“(The unvaccinated) don’t believe in science/progress and are very often misogynistic and racist,” said Trudeau. “This leads us, as a leader and as a country, to make a choice – do we tolerate these people?”

“Time for civil disobedience in Quebec,” he said. “And B.C., which is damn near as bad.”