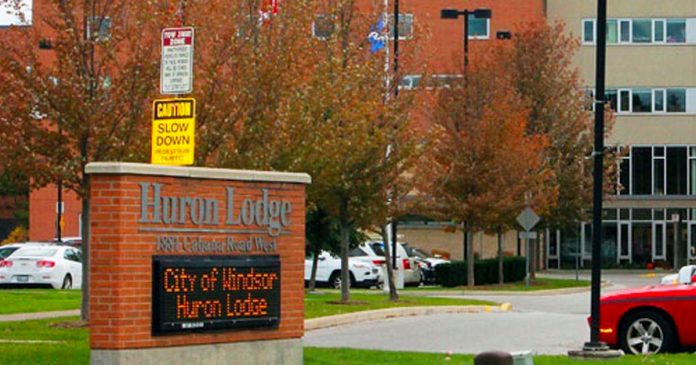 A Windsor, Ontario personal support worker who served the elderly for nearly 20 years is now struggling to put food on the table after being terminated for refusing to declare her vaccination status.

According to estimates by True North based on government and media reports, approximately 10,000 healthcare workers have lost their jobs across Canada as a result of vaccine mandates.

Melissa Marlein is one of them. A mother of three, she was fired from Huron Lodge by the City of Windsor for refusing to get a COVID-19 shot.

According to Marlein, without the prospect of receiving employment insurance or severance pay, her family faces a bleak future in the coming months.

“It’s a lot tighter right now,” she told True North. “I’m very thankful that my husband does have a source of income. My husband is disabled so he’s on Ontario disability as well as Canada pension disability, so with three children it’s very tight.”

“I’m not sure how we’re going to manage birthdays or Christmas. I don’t know what that’s going to look like in the future, but right now we’re just struggling to make sure that there’s food in our house.”

Marlein’s troubles began after Windsor implemented a mandatory vaccination policy for city workers. Prior to being fired, Marlein claims that she and other unvaccinated staff were forced to reveal their medical status in an open setting.

“That’s where the division began. You would come to work, be asked your vaccination status in front of everybody, then you would be forced to sign a clipboard stating that you would get your PCR test or your rapid test and that clipboard was also left for all to see with your information on there so everybody knows who is and who isn’t vaccinated, which is against Ontario privacy legislation,” said Marlein.

A few days after her last day of work, Marlein said she drove by her former workplace only to find a police officer standing guard.

“He wasn’t at the door, mind you, where you think he would be to make sure that people aren’t coming in that are unvaccinated. No, they had him posted at the front window just standing there staring out the front window almost like for the intimidation factor,” Marlein told True North.

As of Jan. 4, every unvaccinated worker at the long-term care home has been terminated, and Marlein received her termination letter over the weekend. True North was shown a copy of the letter signed by Windsor’s Chief Administrative Officer Jason Reynar.

“According to our records, you did not provide any documentation as of this date showing that you are partially or fully vaccinated nor do you have a human rights exemption in place that has been approved by the City,” Reynar wrote.

“Your manager will contact you for any items you have belonging to the Corporation. We are saddened by having to end our relationship in this manner, but we wish you all the best in your future endeavours.”

With very little help from her union, Marlein says she’s stuck in limbo while she looks for another job.

“It was basically a big waste of our time because the only thing that our union told us was that we would lose in arbitration, so we’re not going to challenge the vaccination policy and basically told us that there’s nothing they can do for us until we’re fired,” said Marlein. “When I asked my union president about that he said that we won’t be entitled to severance pay because we are being terminated with cause.”

“I’m basically sitting in limbo. I can’t get EI, it’s on the second adjudicator now so I’m sure that’s not going very well, and my union hasn’t done anything in the meantime.”