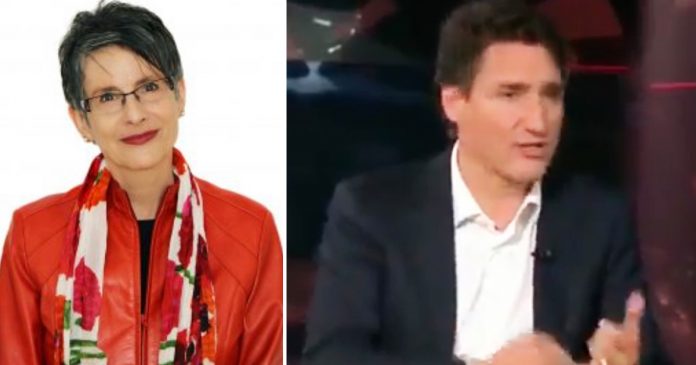 Diane Bederman, who is Canadian-born, made the comments in a column republished by the New York Orthodox Jewish outlet JewishPress.

“Here we are in 2022 and our leaders are scapegoating the non-vaccinated, blaming them for the continuation of the pandemic,” she wrote. ”Like other evil leaders, they divide rather than unite. They promote fear rather than courage and strength. Pit one group against another.”

In September, Trudeau was interviewed by the French-language program La semaine des 4 Julie in which he called the millions of unvaccinated Canadian men, women and children a number of derogatory terms.

“They are extremists who don’t believe in science, they’re often misogynists, also often racists. It’s a small group that muscles in, and we have to make a choice in terms of leaders, in terms of the country. Do we tolerate these people?” said the Canadian prime minister.

Throughout her opinion piece, Bederman made several comparisons between Trudeau’s remarks and the rhetoric of 1930’s Germany.

Bederman’s commentary also criticized New Brunswick Premier Blaine Higgs, whose government “suggested the non-vaccinated not be allowed into grocery stores” until public outrage forced them to reverse the decision.

“If we had remembered, as we promised NEVER FORGET, we would never have allowed our elected officials, leaders, doctors, to take away our God given rights and freedoms. We would never have allowed these people to separate us into essential and nonessential, when all life is sacred, separate us from our elderly loved ones, desperately in need of care,” Bederman continues.

An increasing number of voices from around the world are speaking out against Trudeau’s divisive and dangerous rhetoric.

As reported by True North, New York academic Jared McBrady penned an article accusing Trudeau of “othering” an entire segment of the population.

“Now, some politicians are othering the “unvaccinated”,” McBrady wrote. “These politicians attempt to scapegoat and marginalize this minority group, despite knowing that vaccinated and unvaccinated persons alike can contract and spread COVID-19.”

UK outlets talkRADIOTV and GB News also joined in on condemning the Canadian prime minister for his comments.