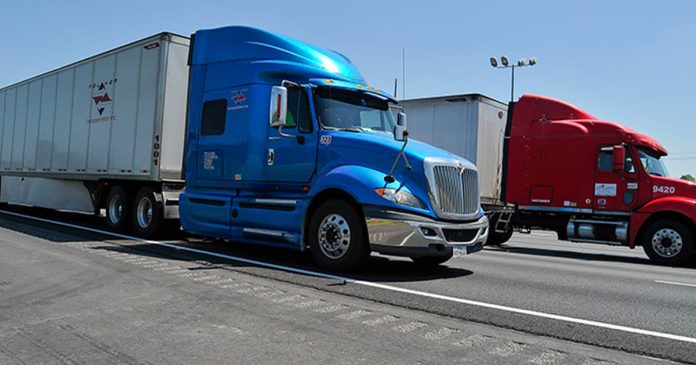 After announcing Wednesday that it would be reversing its vaccine mandate for Canadian truck drivers at the US border, the Liberal government is now saying the announcement was wrong and that the mandate is still on.

Yesterday the Canadian Border Services Agency (CBSA) stated that the government would not follow through with its plan to mandate vaccines for truckers after warnings from industry leaders that it could lead to major supply chain issues.

Only one day after that announcement, Liberal Health Minister Jean-Yves Duclos stated in a press release that the news was “provided in error,” effectively reversing the policy.

As reported by True North, even if the Liberals were to scrap requiring vaccination for Canadian truckers, the mandate could still potentially impact 14,000 US truck drivers who frequently enter Canada.

According to estimates by the Canadian Trucking Alliance and the American Trucking Associations, the current mandate will impact up to 26,000 drivers who regularly cross the border, and will lead to price hikes.

The Canadian Trucking Alliance President Stephen Laskowski has said that the mandate “is not a trucking issue at all. This is a supply chain issue that can have severe ripple effects throughout the entire North American economy.”

“We’ll be seeing shortages of goods in stores,” said President of the Canadian Chamber of Commerce Perrin Beatty.

The mandate is also expected to cause troubles and delays for fully-vaccinated truckers, according to the CBSA.

“As the new measures are rolled out on Jan. 15, truck drivers may experience delays at port of entry due to the modified public health measures,” a CBSA spokesperson told trucknews.com.

“The CBSA will monitor volumes and wait times and be prepared to allocate resources and adjust staffing levels to minimize processing times and potential delays at our ports of entry. The CBSA will not compromise the health and safety of Canadians for the sake of border wait times.”

Conservative Party Leader Erin O’Toole came out against the mandate earlier this month calling for the government to reverse course.

“We will be short tens of thousands of truckers if the government doesn’t very quickly address this issue,” said O’Toole. “That doesn’t mean that I don’t think people shouldn’t be vaccinated; it means we have to deal with the reality of the fact that there will be a small number of unvaccinated.”