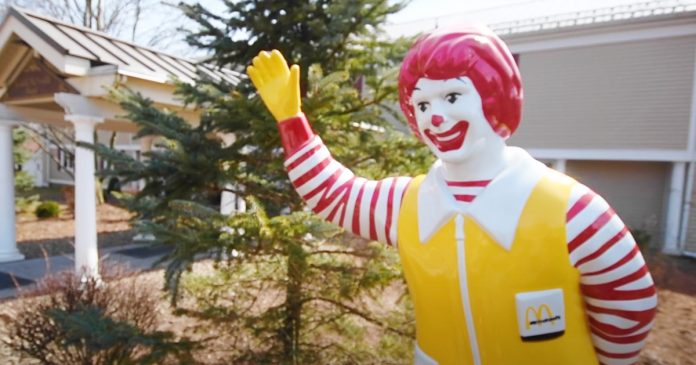 The situation is worsening for families at Ronald McDonald House (RMH) in Vancouver who are still being told to get their young children COVID shots.

The reaction of one family to RMH’s new vaccine policy made international headlines, first appearing on True North and later on Fox News and numerous other outlets. Austin and Lindsey Furgason, whose four-year-old son Jack has leukemia, have since left RMH for nearby Easter Seals House, which has no vaccine policy. The Furgasons, whose children were both under the policy’s five-year age threshold, had chosen not to get the COVID shots themselves.

Two parents of another family who are still at RMH tell True North they are already fully vaccinated but will not get the shots for their children. They did not want to share their names for fear of reprisal and say they are torn between gratitude toward the staff at RMH and frustration with the board for adding more stress to their lives.

“I’m not going to risk them using my kids like a lab mouse,” one parent told True North. “I’ll be honest – it’s killing me.”

“We weren’t going to do a shot with (our sick child) because we were pretty adamant that from the treatment procedure, there’s no way he could take this,” said the other parent. “It would probably kill him. It’s not tested on a child with (his disease).”

Last week, families staying at RMH in Vancouver received a letter stating that “everyone five years and older who are working, staying or visiting our facilities” would be required to show proof of full vaccination (two shots) or an “accommodation” approved in writing by RMH Charities by Jan. 17. Those already staying at RMH had until Jan. 31 to receive their first dose – a so-called “grace period.”

The parents said the policy created immense stress and confusion, especially upon learning that the decision was not a government mandate. They said the policy’s threshold, which involves children only recently eligible for the COVID vaccine, wasn’t made with kids in mind.

“We’d do anything in our lives for our kids,” one of the parents said. “You’d probably jump in front of a car for your kid. But as the decision-makers of a company, you can’t make that decision. You should leave it to people to make that decision. But give some alternatives.”

The parents say they chose to get their own shots out of precaution and because of increasing difficulties with accessing services but that they made the decision not to vaccinate their two children, both of whom are under ten. The parents say they suffered reactions to the shots and that the experience steeled their decision to not risk their children.

They and their severely ill child are staying at RMH while receiving aggressive treatment at nearby B.C. Children’s Hospital. Their other child stays during cherished family visits, partaking of RMH’s long-standing policy and slogan, “Keeping Families Close.”

RMH did not respond to True North’s request for comment, but the charity’s statement to other media claimed that “(a)ll requests will be approved for exemption for child patients undergoing treatment, and therefore unable to be vaccinated. Ronald McDonald House will support any family in need of alternate accommodation if needed after the grace period. No family will ever be evicted from our House.”

The parents told True North that after much scrambling and stress they were able to obtain a temporary exemption for their sick child and that he would be able to stay at RMH until after his current stage of treatment.

When the next stage begins, however, it is unclear whether he will be allowed back in.

Last week, the family received a letter from a social worker saying they could “postpone (the child’s) COVID vaccination” until an interim period of his treatments and that staying at RMH might not be an option in the future. The parents noted that their child’s treatments are expected to continue for up to two years.

The parents are also concerned about other families. They say some of them are getting themselves and their children vaccinated just so they can stay because moving isn’t an option. They gave the example of an extremely sick child whose mother and siblings hardly ever leave the hospital.

“You just got air-flown in, you just landed, you’re on the eighth floor, you’re finished your treatment. Oh, you’re not vaccinated? Sorry, I thought you were going to Ronald McDonald House. No, you can’t go there. That’s my worry right now.”

“This just puts more stress on them, and they’ve been living in a hospital for two weeks.”

The parents say that because they will not vaccinate their other young child, their family visits will also no longer be possible. They appealed to RMH to make testing an option, arguing that COVID can be spread asymptomatically with or without shots, and that RMH families have always been extremely vigilant about not exposing their children to outside illnesses.

They say they were turned down.

“How do we keep the family together now?” said one parent. “We can’t. There’s so much confusion and no answers. It’s beyond stress.”

“Are (they) trying to say, ‘we’re Ronald McDonald House; we’re here for vaccinated people’ – if you’re unvaccinated, go somewhere else?”

They confirmed that while RMH has offered to refer noncompliant families to Easter Seals House a short distance away, RMH is by far the best suited to their needs. Not only is RMH right across the street, they say, but it also offers programs and amenities specifically tailored for families in their situation.

“It takes the worry of daily life out of it so you can focus on getting your kid healthy.”