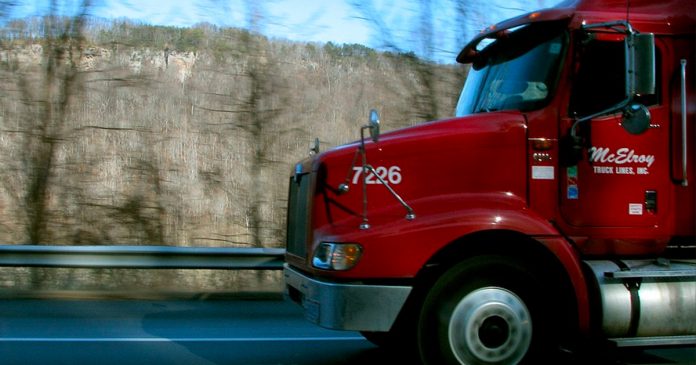 Canadian trucking companies are already reporting that truckers are leaving their jobs after the federal government implemented a vaccine mandate on cross-border truckers.

Robert Penner is president and CEO of one of Canada’s largest trucking companies, Bison Transport. Penner confirmed that Bison lost close to 10% of their employees before the trucking mandate took effect on Saturday.

Mark Millian, president of the Private Motor Truck Council of Canada, warned the government about potential goods shortages before the mandate took effect, saying “we already have a fractured supply chain, and if we damage that, the supplies that we need for our own health and safety – we’re going to see a shortage.”

According to Transport Canada on an average day, 30,000 truckers cross the Canada-U.S. border and deliver more than $1 billion in trade.

Trucking organizations have been warning the federal government since November that a vaccine mandate for truckers would be “devastating” to the economy and that the mandate would put more pressure on supply chains that are already stretched thin.

Canadian Trucking Alliance president Stephen Laskowski has warned that the mandate will have “severe ripple effects throughout the entire North American economy.”

Conservative leader Erin O’Toole also warned the federal government last week that Canada “would be short tens of thousands of truckers if the government doesn’t very quickly address this issue.”

Last week it appeared as though the federal government had reversed course on the mandate when a spokesperson for the Canadian Border Services Agency (CBSA) said that the government was not going to follow through.

Sixteen hours later, however, federal Liberal health minister Jean-Yves Duclos said that the message had been provided “in error” and that barring unvaccinated truckers was “the right thing to do.”

Truckers began protesting the mandate over the weekend at the Manitoba border crossing, forming a convoy to block all lanes heading south to the United States and northbound entering Canada.

A nationwide convoy is also being organized from as many border crossings as possible, intending to do a “slow roll” across major transportation routes to further protest the mandate.