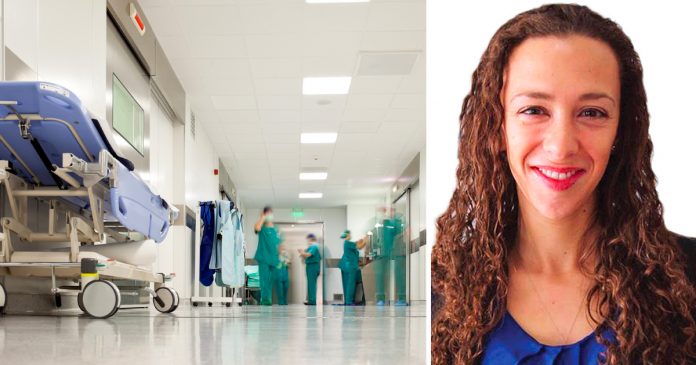 “COVID-19 is spreading faster than it has in two years and your government’s policies have resulted in Ontario hospitals and our health care system at large dealing with the strain of staffing shortages,” said Karahalios in a letter to McNaughton.

Karahalios said that for months, the Ontario government has encouraged mandatory COVID-19 vaccines for health care workers and that Ford promised the vaccine mandates would stop the spread of the virus.

She said that at Cambridge Memorial Hospital in her riding, 51 staff were placed on unpaid leave for being unvaccinated.

According to Karahalios, the dismal situation is the fault of the government, “caused by a lack of leadership, bullying Ontarians and negligently not expanding early treatment options for COVID-19 across Ontario.”

She said it only adds insult to injury that Ontario health minister Christine Elliott would be allowing international health care workers to replace those who have been terminated for being unvaccinated.

“It is time your government starts standing up for Ontarians,” she said.

True North estimates that about 10,000 health care workers across Canada have been placed on unpaid leave or terminated by health authorities as of Dec. 16.

These numbers come from provincial government data and media reports over the past few months.

Ontario has seen 1,665 health care workers terminated for being unvaccinated.

Ontario does not have a mandatory vaccine requirement for hospitals, having left the decision up to individual facilities and health authorities. Staff working in long-term care homes need to be vaccinated, however.