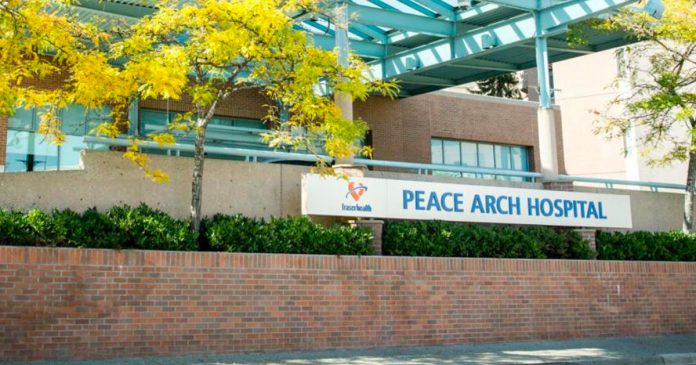 The Surrey Peace Arch Hospital has closed its maternity ward indefinitely to pregnant mothers after citing a staffing shortage.

The Fraser Health Authority has said that they do not have an approximate date for re-opening and that expectant mothers “who have pre-existing plans to deliver at Peace Arch Hospital (are) to attend Langley Memorial Hospital for their deliveries.”

BC Liberal MLA Trevor Halford said on Thursday that the situation was entirely avoidable.

“The community has actually fundraised millions of dollars for this particular ward, and to have that sit empty and to now increase the amount of people going to Langley, to Surrey Memorial, to Royal Columbian, we’re overstretching their system,” Halford told CityNews.

“It is stressful enough when you’re about to have a child. Adding this at the last second is completely wrong and I think it’s very troubling. It’s the place where I had my daughter, and I can tell you it’s a beautiful maternity ward and we’re very proud of it out here in our community.”

While it is unclear what caused the staffing issues, the B.C. government announced last year that they had fired 3,325 unvaccinated healthcare workers. More specifically, the Fraser Health region lost 587 healthcare professionals due to the COVID-19 vaccine mandate.

The health authority has claimed that the closure is the result of an “unexpected leave.”

Halford said he has trouble believing that claim.

“The information that I’ve gotten from people who are fairly close to it is that there is not an unexpected leave, and I’ve heard that not from one person, I’ve heard it from numerous people that are now reaching out to me and telling me that. And my question directly to the minister is, he’s got to clear that up,” said Halford.

“I spoke with the minister at length on this. There were staffing concerns at the time, and we were both hopeful that those would get resolved. Obviously that hasn’t, and my plea to him is that we make this a priority and ensure that we have the proper staff there to have that functioning.”

A protest has been scheduled outside of the hospital for next Wednesday at 10 a.m.

“Join us as we rally to re-open the PAH maternity ward and demand Fraser Health prioritizes stable, long-term obstetrical and pediatric care in our community,” an event description reads.