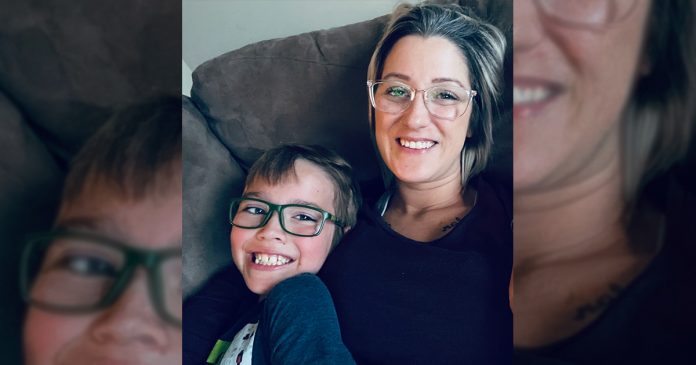 Two British Columbia mothers whose young children have serious eye disorders are saying their families’ long-time ophthalmologist has refused to see their kids for not having COVID shots.

Laura Ziemer and Sandra Scrimes told True North that the office of Dr. Ross Kennedy, an eye doctor with West Coast Vision in Surrey, B.C., contacted them just days before appointments they had booked months before.

The office asked them to disclose their children’s vaccination status.

“In light of the rising Omicron cases, we are only able to see vaccinated patients in clinic during this time,” read a letter from Kennedy’s office that Ziemer showed to True North.

“We apologize for the inconvenience but our goal is to keep everyone safe during this unprecedented time. Please reply to this email of your vaccination status so we can confirm your upcoming appointment…”

Both Scrimes and Ziemer, whose families live in Chilliwack an hour away from the clinic, said the recent flooding in the Fraser Valley had made it more difficult than usual to find a space in Dr. Kennedy’s busy schedule.

For Scrimes, the appointment was an emergency. Her nine-year-old son has optic nerve hypoplasia, being blind in one eye and prone to vision loss in the other. Scrimes said she was stunned by the policy, having brought her son to Kennedy’s office for years.

“I said, you’re just calling me now to tell me this?” Scrimes told True North. “I mean, my kid could be going blind here.”

“These appointments are really hard to get into. They’re putting families out. First Ronald McDonald House and now this? More people are going to start following suit.”

Ziemer’s six-year-old daughter was born with pediatric strabismus, a condition where the eyes do not line up. She got her first pair of glasses at 10 months and underwent her first surgery at two years old.

“I phoned and very nicely just asked, ‘uh, for real?’” Ziemer told True North. “Because to my best knowledge, this is not okay.”

“This appointment was necessary because it’s been a while since she’d been able to see him. I’ve got four kids, and I have a pretty decent understanding of what’s imperative – of what we can wait for. When we leave these appointments too long, her vision starts to shut down in one eye. And once the vision goes, it’s difficult to get that vision back.”

Ziemer was able to correspond with Kennedy through email, telling him she was “gutted and disappointed” over the policy and that she was “unsure how to proceed.” Kennedy, in a written response Ziemer showed to True North, admitted that “Covid has introduced massive stress in the medical system and the lives of many people,” but that “deferral of the office visit represents a reasonable compromise.”

“This wave of Covid will pass and we will return to more normal visits with time but no one knows when at this time,” Kennedy wrote. “Should you decide to go elsewhere we will support your right to do so and will help as we can.”

Despite this offer to help find alternatives, both Ziemer and Scrimes say they had to take the initiative themselves to sign their children up with an ophthalmologist at the same office.

For Scrimes, this meant citing the Charter and threatening consequences.

“I asked, how is this ethical to do this to a child who is in need of immediate attention for his eyesight?” she said.  “I said it was against the Charter of Rights, and if the situation is not resolved, I will take further action.”

Scrimes said the office called her back within an hour to register her son with another doctor.

Ziemer told True North she has filed a complaint with the College of Physicians and Surgeons of British Columbia but that she doesn’t expect much to come of it.

Both women say they’re grateful to be seeing one of Kennedy’s colleagues but that this incident should not have happened, and they are worried about other families.

“I’m still going into his office,” she said. “I’m still seeing the technician, and I’m grateful for that. But to me, that’s not the point. The point is that he is discriminating against children.”

“First of all, if you’re so worried about getting COVID, then obviously seeing only vaccinated patients is going to do squat for you. Second of all, he made no effort on his part whatsoever at all to accommodate us by offering a rapid test, which to me would have been the simplest.”

True North reached out to Kennedy’s office for comment but received no response by deadline.