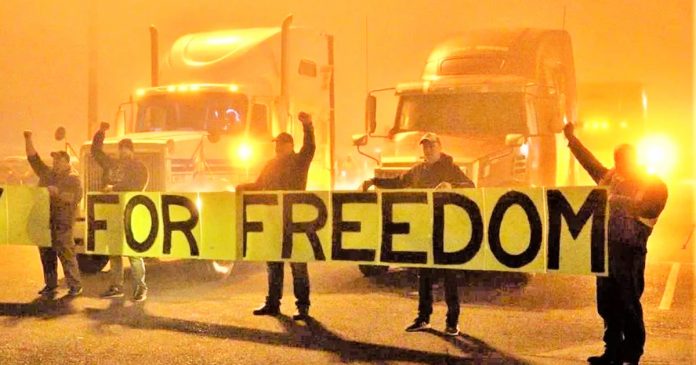 A growing chorus of Conservative MPs is speaking out in support of the massive Truckers for Freedom Convoy as it barrels towards Ottawa to protest vaccine mandates and an erosion of freedoms under Liberal Prime Minister Justin Trudeau.

Siding with the mass movement of truck drivers, these Conservative MPs are breaking with party leader Erin O’Toole, who has evaded questions on whether he supports the convoy and whether he will even meet with them once they arrive at the capital.

Kelly Block stands up for truckers

Mel Arnold stands up for truckers