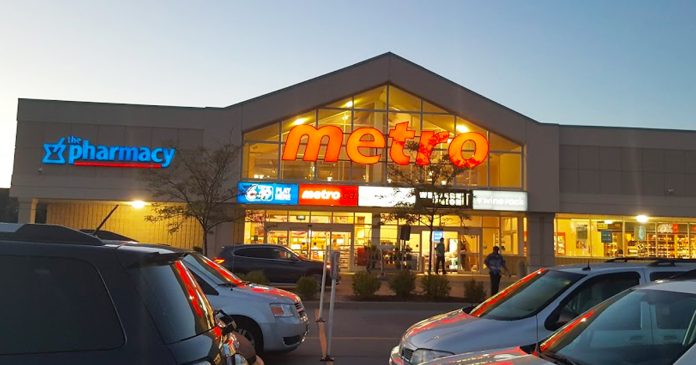 The CEO of a major grocery chain has admitted that the COVID vaccine requirement for cross-border truckers is raising the cost of shipping fresh foods to Canadian stores.

Metro CEO Eric La Fleche made the comments to analysts on a conference call Monday, according to Bloomberg. Metro has stores across Ontario and Quebec, including the popular Jean Coutu Group.

“We saw an uptick in transportation costs right away, but we’re getting the merchandise,” said La Fleche.

The Omicron variant, said La Fleche, has been a major disruption to supply chains, delaying shipments and making it tougher for Metro managers to find enough employees to come to work.

He added that some of these pressures have been reduced because the Omicron variant appears to have peaked and because governments have reduced quarantine times for people exposed to COVID-19, which makes it easier for employees to return to work.

Despite there being empty shelves, La Fleche said there has been “no real hoarding.”

“There’s no panic in the stores,” he said. “I think consumers understand what’s happening after two years of pandemic.”

Metro said their calculation of food inflation in their stores was 3.5% in the last quarter, up from 2% in the previous quarter.

The current vaccination rate among Canadian truckers is estimated to be between 80% to 90%, suggesting the mandate has removed as many as 22,000 drivers from the road. Layoffs of truckers have started, which are expected to lead to major supply chain disruptions.

Truck drivers from across Canada are currently on a convoy to Ottawa to protest the vaccine mandates and an erosion of freedoms under Trudeau’s response to COVID.

The Freedom Convoy is expected to reach the capital on Saturday.