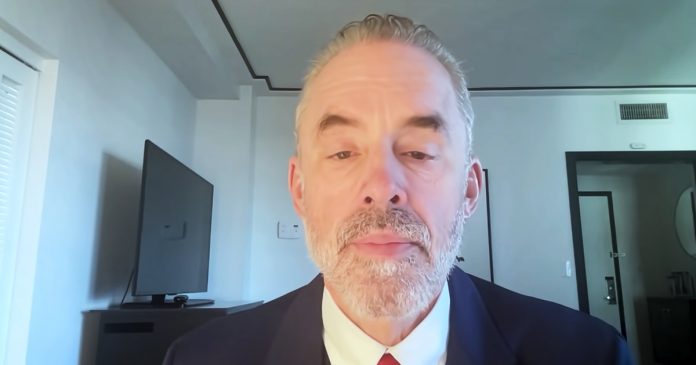 “It’s your moment,” said Peterson in a YouTube video on Monday. “You’ve got a huge number of Canadians occupying Ottawa expressing their dismay with the suspension of our Charter rights in the face of this so-called emergency.”

O’Toole – currently facing a caucus revolt over his “failure to clearly stand up for the Charter rights of Canadians during the pandemic” – may not be leader after Wednesday.

On Monday, Saskatchewan became the first province to announce it will be dropping all COVID-19 restrictions, including proof of vaccination requirements.

Peterson said that Prime Minister Justin Trudeau has left Ottawa for security concerns because “he believes his own propaganda about the nature of the people who are sitting in Ottawa.” According to him, Trudeau is lying about not being in Ottawa for a COVID-19 exposure.

Peterson said this moment is a perfect time for Conservative politicians to “say to the people who are desperate to hear this that we can have our lives return to normal.” He added that although there is some danger with COVID-19, these politicians should say “we got this with competent leadership and care.”

Peterson also said that Conservative leaders should be advocating for Canada to return to what it should be and have a normal future. The politicians he is addressing, he said, are “good men” who need to act now.

“Remove these mandates that are crippling our businesses and interfering with our private lives and stopping us from being able to travel,” he said. “Seize the day.”

Peterson has been speaking out against government COVID-19 restrictions over the past several months.

In January, he called Quebec health minister Christian Dube a “scumrat” for telling Quebecers that three doses of a COVID-19 vaccine would soon be required for vaccine passports.

“When will this stop?” asked Peterson rhetorically. “When we stop it.”