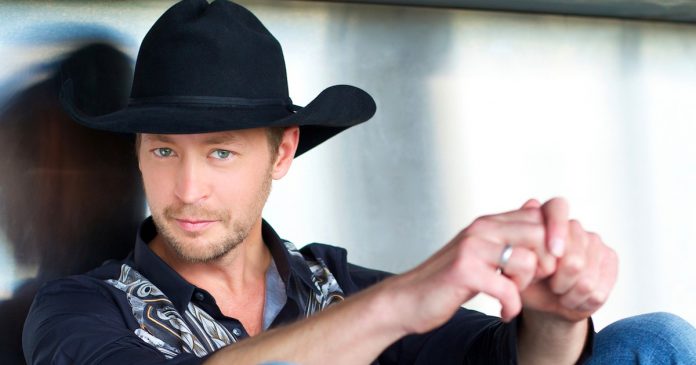 “While I fully support the right to peacefully protest, I condemn both breaking the law and limiting the protections afforded to Canadians under the Canadian Charter of Rights and Freedoms,” said Brandt in a statement posted to Substack on Friday. “Such measures have no place in Canada.”

Brandt said it is “fascinating” that his songs “Convoy” and “Alberta Bound” have become connected to the protests. The majority of Canadians, he said, want to see these protests and COVID-19 restrictions end.

He added that he does not plan on performing in the Coutts area for the protestors but that he will be “looking on with great interest.”

“May we find our way to unity again,” he said. “God keep our land glorious, and free.”

Brandt appears to have even travelled to the Alberta border by helicopter to give out food to the truck drivers participating in the Coutts border blockade.

“@paulbrandt just delivered food to the border via helicopter,” said Twitter user Buperac in a tweet on Wednesday.

This tweet has not been independently verified by True North. It shows Brandt with a few truck drivers standing in front of a helicopter with thumbs up.

Brandt has shown previous support for the trucker protests.

He took to the Zello walkie talkie app to thank Freedom Convoy 2022 on Jan. 27 as it made its way toward Ottawa.

“I’ve been listening with my wife and two kids, and we want to say thank you for all you are doing in defence of civil liberties and freedoms,” said Brandt. “You are inspiring the world, and we are standing with you.”

He proceeded to break out into lyrics from “Convoy.”

The ongoing border blockade and standoff between the truckers and RCMP in Coutts was shaken up on Thursday when Rebel News reported that the truckers were planning on relocating their protest to Edmonton.

The truckers reversed their decision after a vote, deciding they were going to maintain their ongoing blockade at the Alberta-Montana border.

On Friday, Alberta Premier Jason Kenney became only the second premier in Canada to announce that he was planning on ending COVID restrictions in his province soon.

Another convoy is planned for the Alberta legislature in Edmonton on Saturday, one of many weekend protests across the country.