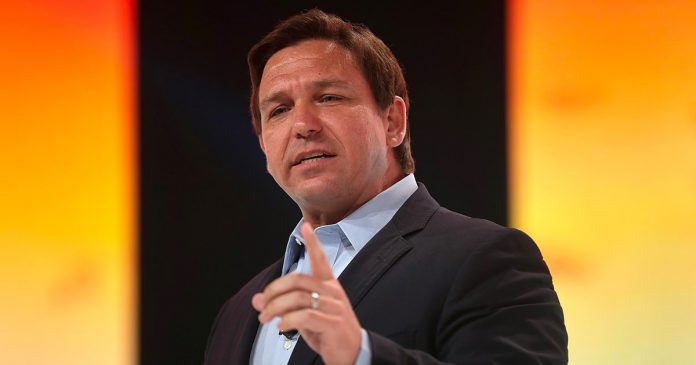 Online fundraising platform GoFundMe is now agreeing to give Freedom Convoy donations straight back to donors rather than to other charities after Florida governor Ron DeSantis said he would investigate the organization for its practices.

On Friday, GoFundMe announced it was cancelling the Freedom Convoy’s fundraiser and redistributing the more than $9 million to other charities unless donors filled out a refund form.

“It is a fraud for @gofundme to commandeer $9M in donations sent to support truckers and give it to causes of their own choosing,” said DeSantis in a tweet on Saturday. “I will work with (Attorney General Ashley Moody) to investigate these deceptive practices — these donors should be given a refund.”

“How can GoFundMe just take these funds and decide to distribute it wherever they want?” said Trump. “Return it to the donors and let them find another way to get their money to the truckers.”

After pressure, GoFundMe walked back their decision and agreed to return the money directly to donors without the need for a form. They said that people can expect to receive refunds within seven to 10 business days.

“Due to donor feedback, we are simplifying the process,” said GoFundMe in a Medium post on Saturday. “We will automatically refund all contributions directly — donors do not need to submit a request.”

The crowdfunding platform had announced on Friday that while the trucker convoy in Ottawa started off as a peaceful protest, it “has become an occupation, with police reports of violence and other unlawful activity.”

“Following a review of relevant facts and multiple discussions with local law enforcement and city officials, this fundraiser is now in violation of our Terms of Service (Term 8, which prohibits the promotion of violence and harassment) and has been removed from the platform,” they said.

A new crowdfunding page for the Freedom Convoy has been set up on GiveSendGo, but the platform said it remains tough to access because of overloads, denials of service and bot attacks.