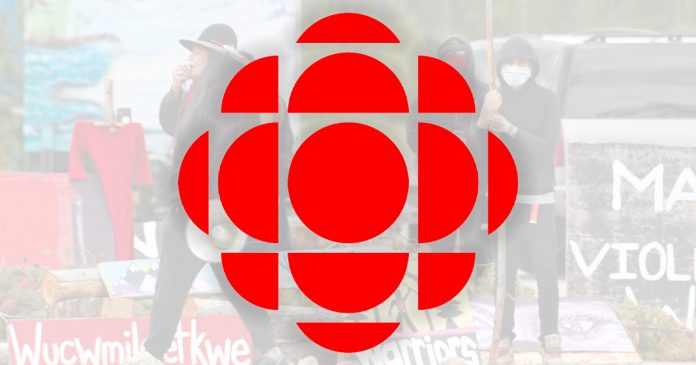 The Alberta government’s Canadian Energy Centre is calling on Canadians to complain to CBC Ombudsman Jack Nagler over the federal broadcaster’s decision to partner with an anarchist activist to produce a documentary on the Coastal GasLink pipeline.

As exclusively reported by True North in January, the CBC admitted to soliciting the work of self-admitted anarchist activist and filmmaker Franklin Lopez to produce and edit the upcoming documentary Yintah.

As founder of the company sub.Media, Lopez has produced numerous anti-authority films, some of which encouraged criminal activities such as shoplifting and violence against police.

sub.Media’s work has also been extensively referred to by extremist Antifa websites that promote the criminal activity of anonymous supporters and provide guides on how to make Molotov cocktails.

The Canadian Energy Centre – otherwise known as Alberta’s “Energy War Room” – was set up in 2019 by Premier Jason Kenney to combat “domestic and foreign-funded campaigns against Canada’s oil and gas industry.”

To date, 3,529 people have signed the Centre’s letter to CBC’s ombudsman over Lopez’s involvement with the public broadcaster. The letter accuses the CBC of betraying its own Journalistic Standards and Practices by creating what will likely be a one-sided documentary meant to negatively portray Canadian energy projects.

“According to CBC’s Journalistic Standards and Practices, coverage of civil disturbances must ‘ensure the audience receives a broader context’ and ‘should avoid inflaming or aiding in any way the various sides in a confrontation’,” the letter reads.

“But previous films produced by Lopez suggest the final product will likely paint a one-sided picture of this crucial energy project, ignoring the significant support for Coastal GasLink from Indigenous communities, along with its positive contributions.”

The letter goes on to call on CBC to ensure that filmmakers abide by its standards and provide a balanced and accurate account of the Coastal GasLink project which has received support from all of the elected First Nations councils along its route.

Canadian Energy Centre Chief Executive Officer Tom Olsen told True North in an emailed statement that they “are asking the CBC – because of its decision to help fund and to air this project – to make sure the filmmakers live up to CBC journalism standards and practices.”

“The future of Canadian energy and how it impacts Indigenous communities is an important conversation to have, but it needs to ensure both sides are fairly portrayed.”

“We are asking the CBC Ombudsman and the publicly funded broadcaster to ensure this documentary meets the standards and practices of fairness and balance. Coastal GasLink and LNG Canada are helping Canada’s economic recovery and will provide jobs, government revenues and environmental leadership for decades to come,” Olsen concluded.