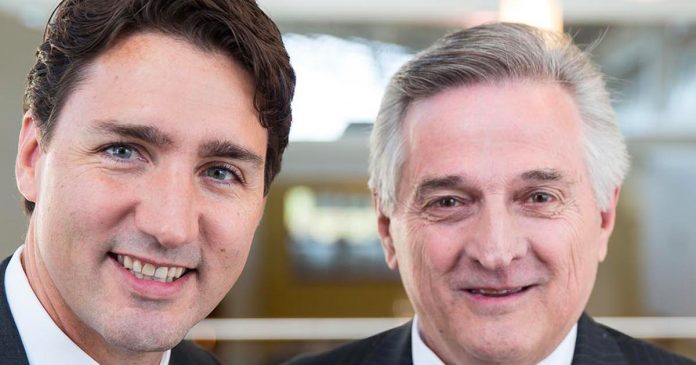 The day after Quebec Liberal MP Joel Lightbound broke rank with his own government over its handling of COVID-19, Liberal MP Yves Robillard is also raising questions about Prime Minister Justin Trudeau’s response to the pandemic.

“He [Lightbound] said exactly what a lot of us think,” said Robillard in an interview with the Hill Times on Wednesday. “I agree with everything that Lightbound said.”

Robillard said that he spoke with Lightbound and expressed his support for him. He added that they would work together on this issue going forward.

COVID-19 restrictions, said Robillard, have affected his own mental health as well as that of many Canadians. He said that he is even planning on seeing a doctor.

Robillard said he is not worried about being kicked out of the Liberal caucus, claiming there are more Liberal MPs “who’ve just had enough” and who “are not going to pass the rest of our mandate like that.”

Robillard was censured in December for defying the party’s non-essential travel advisory, according to Blacklock’s Reporter. He was stripped of committee assignments after contravening party orders by travelling outside of Canada.

Chief Government Whip Steven MacKinnon said that he was “profoundly disappointed” his colleague left Canada, but Robillard told The Hill Times that he left the country to visit family in Costa Rica because at that time, international travel was discouraged but not banned.

Lightbound spoke out against the Canadian government’s COVID-19 policies on Tuesday, including how Trudeau had delegitimized and dismissed the Freedom Convoy.

Lightbound said that he believes his government has divided Canadians in recent months, particularly based on vaccination status.

“I can’t help but notice with regret that both the tone and policies of my government changed drastically on the eve and during the last election campaign,” he said.

“Not everyone can still earn money using their MacBook while at the cottage,” he said. “Some are suffering in silence and feel like they’re not heard.”