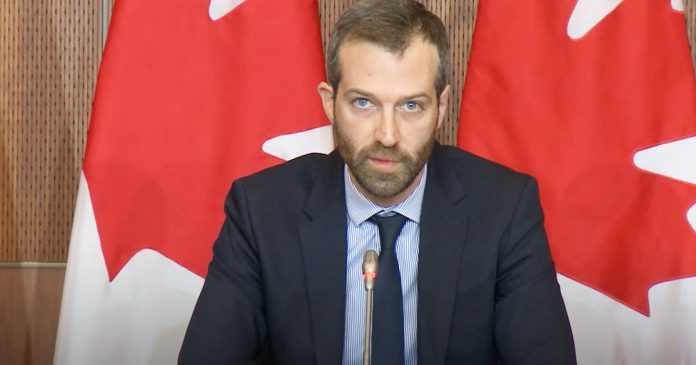 A Liberal MP is speaking out against his own government’s pandemic policies and how Prime Minister Justin Trudeau has dismissed the concerns of the Truckers for Freedom convoy.

During a press conference on Tuesday, the Liberal MP for Louis-Hébert Joel Lightbound said while hate symbols such as Nazi and confederate flags have no place in Canada, the concerns of the freedom convoy are legitimate.

Lightbound said he believes his government has divided Canadians in recent months, particularly on vaccination status.

“I can’t help but notice with regret that both the tone and policies of my government changed drastically on the eve and during the last election campaign,” he said.

The Quebec MP says there are other Liberal MPs who share his discomfort with how the Trudeau government has divided Canadians in recent months.

Lightbound also took aim at provincial pandemic responses. Citing the impact of lockdowns on Canadians’ mental health and economic well-being, the Quebec MP said governments have failed to explain to Canadians the continued benefit of lockdowns and other public health measures.

“Some seem to forget that isolation is felt differently. Not everyone can still earn money using their MacBook while at the cottage. Some are suffering in silence and feel like they’re not heard,” he said.

Lightbound is calling for a clear roadmap from governments in Canada on when and how restrictions can be lifted.

Lightbound was first elected in 2015 and has held parliamentary secretary roles in the last two parliaments. He is currently the chair of the House of Commons Industry and Technology Committee.

The Truckers for Freedom convoy has entered its 17th day and has raised over $6 million USD on GiveSendGo.