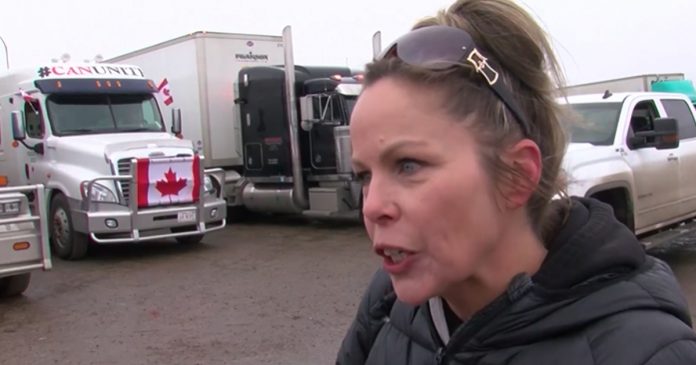 The Ontario judge who denied Freedom Convoy organizer Tamara Lich bail on Tuesday ran as the federal Liberal candidate for Glengarry-Prescott-Russell in 2011.

Julie Bourgeois, who was a Crown attorney when she ran, came in second place for the Liberals in the 2011 federal election, losing to former Conservative MP Pierre Lemieux.

During her failed campaign, Bourgeois spoke about how tough times led people to commit crimes.

Justin Trudeau himself had also praised Bourgeois in a campaign video.

“Her vision, her authenticity, her strength is going to be an amazing asset,” said Trudeau in a video from 2011, before he became Liberal leader. “Both for the people of Glengarry-Prescott-Russell but also to everyone in the House of Commons after the next elections when I will have, hopefully, the honour of sitting beside her in the House.”

Lich, who is facing counselling to commit mischief charges, was denied bail on Tuesday.

“I cannot be reassured that if I release you into the community that you will not reoffend,” Bourgeois said in her decision.

The judge said the convoy’s effect on Ottawa was immense and that Lich was stubborn in her responses to the court during her bail hearing.  She said that the organizer’s detention “is necessary for the protection and safety of the public.”

The revelation that the judge was a failed Liberal candidate came when prominent Canadian psychologist and author Dr. Jordan B. Peterson posted an email from a tipster on Tuesday.
“Said judge did not recuse themselves for a perceived conflict, nor did the organizing judge take issue with assigning this care to them,” said the tipster. “Even to a former Yugoslav like me, I am surprised.”

OP-ED: As Europe increases sanctions on Iran, Canada must not be last to act