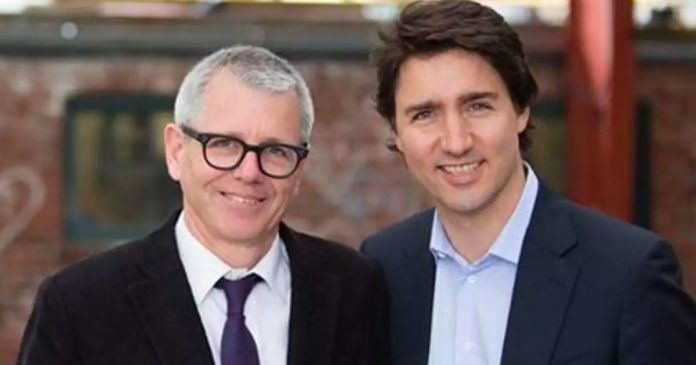 Former Liberal MP Adam Vaughan has called for Fox News to be taken off the air in Canada for its supportive coverage of the Freedom Convoy.

In a tweet on Wednesday showing a clip from Tucker Carlson Tonight, Vaughan claimed that the American news network served as the gold standard for Conservative Party of Canada MPs wanting to talk to their base, saying “this is the show they lineup to get on.”

Vaughan went on to say that Fox was the Freedom Convoy’s “biggest amplifier” and that consequently Fox News “should be returned to its country of origin.”

Vaughan had retweeted a post from the left-wing page MediasTouch, accusing Fox News host Tucker Carlson of supporting the Russians.

With Russia Today now booted off Canadian television, Vaughan’s call for a similar ban on Fox News has received backlash from Twitter users.

One user points out Vaughan’s impulse to censor voices that don’t agree with him.

Another user points out that the news station amplified a peaceful protest and that other legacy media networks have done the same thing.

Heaven forbid they amplified a peaceful protest. So did most of the Canadian news networks. Until the government that pays their wages decided to change the narrative
Then the lap dogs quickly got in line with the copy/paste articles. Thank fox for news that has substance.

Blacklock’s Reporter reported that MPs at the Commons heritage committee voted on Monday to require the Canadian Radio Television Commission (CRTC) to prevent “state-controlled broadcasters” from airing in Canada.

“Will you be pushing for action on disinformation from networks in other countries?” asked a reporter.

“I think it’s a good question and one we should absolutely and are indeed reflecting on,” said Trudeau.

Despite this, the Trudeau government has not signalled any intention to designate Fox News a “state-controlled broadcaster.”