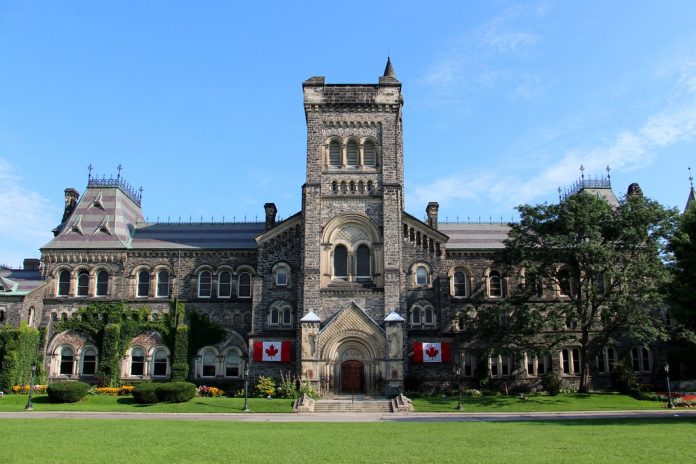 More than 300 Jewish staff members at the University of Toronto have signed a letter demanding the university recognize it has a problem with antisemitism.

The letter, which was published last week and first reported by Toronto Sun columnist Lorrie Goldstein, wishes to “draw attention to the falsehoods, twisted logic and antisemitic rhetoric that are contained in the letter sent by other faculty members to the Temerty Faculty of Medicine in which they condemn Irwin Cotler’s presentation on ‘Contemporary Antisemitism’ that was held this past Jan. 26.”

The Jewish faculty members are referring to a petition started by 45 other staff who condemned the university for having Cotler, a human rights activist, give a speech about antisemitism for Holocaust Remembrance Day.

“This event, unfortunately, reinforced anti-Palestinian racism in a way that is consistent with a broader pattern of silencing and erasure of Palestinian voices,” the petition had claimed.

The petition also said the event was supported by special interest group Friends of Simon Wiesenthal Center. According to petition signatories, such groups have intimidated people of colour, which “has sent a chilling message to other faculty and students.”

The Jewish faculty members’ letter said that the petition portrayed Cotler’s advocacy as anti-Palestinian racism, “perpetuating an antisemitic tradition of accusing Jews who defend themselves as erasing the voices and suppressing the lives of others.”

The Jewish faculty members went on to say that by representing Cotler’s presentation as racist, the petition is “trivializing and demeaning the torment and industrialized murder of Jews in the Holocaust.”

The faculty’s letter goes on to state that the petition’s reference to special interest groups depicts Jewish people as dominating and controlling, and adds that Jews have lived with this type of hostility for centuries.

“Taken in its entirety, their letter is an example of the very antisemitism that Mr. Cotler dismantled in his presentation,” it said. “Naturally, the other faculty members don’t like being exposed.”

This news comes after the University of Toronto’s Scarborough Campus Student Union (SCSU) passed a motion pledging to order from kosher food suppliers that “do not normalize Israeli apartheid” in November.

The motion called on the SCSU to reaffirm its commitment to the Boycott Divestment Sanctions movement by supporting pro-Palestinian causes and refraining from engaging with organizations or holding events that support Israel.