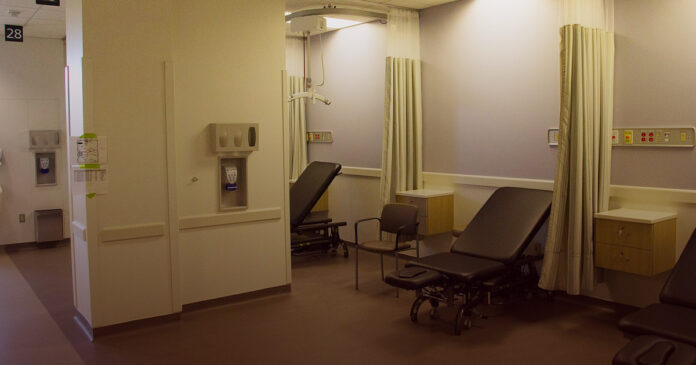 British Columbia’s provincial health officer Dr. Bonnie Henry has put out a new order affecting the province’s private-practice healthcare workers, but it’s unclear whether it is a step closer to mandatory vaccination for the sector or a walkback from it.

Henry had announced on Feb. 9 that the province would be extending its mandatory vaccination policy to include all regulated health care professionals not yet covered, including physicians, surgeons, chiropractors, dentists, midwives, acupuncturists, practitioners of Chinese medicine and many others.

Under the original order, all healthcare professionals in B.C. would have had to have shown proof of vaccination by March 24 or be deregistered by their licensing bodies.

The new order issued on Tuesday requires the governing colleges of B.C.’s regulated healthcare workers to collect the vaccine status of their members by March 31 and be prepared to give that information to the government on request.

The order refers to unvaccinated people as “health hazards,” has no expiry date and will “not accept requests for a reconsideration.”  Although B.C. health minister Adrian Dix called it “a necessary step to gain access to the information around vaccination,” it differs from Henry’s original order in several key ways.

The first difference is the change from the province’s original deadline of March 24, which required private sector healthcare workers to have at least one COVID shot to continue practicing their professions. Despite requiring those workers to disclose their vaccination status to their regulatory colleges, the new order does not state that they will need to be vaccinated to continue operating their practices.

The second difference is the lack of consequences for workers who refuse to comply, as well as any deadline for when those presumed consequences might kick in.

Asked by reporters whether mandatory vaccination is even still on the table for the sector, Dix did not answer definitively.

“It’s my strong view that everyone in health care should get vaccinated,” he said.

Despite Dix’s view, at least one regulatory body covered by the order – the College of Physicians and Surgeons of British Columbia – is telling its members the new regulations do not require them to get their COVID shots to keep practicing.

On the college website’s FAQ page about the new order, the question and answer are as follows:

“Does the Order require registrants to be vaccinated against COVID-19?

Henry’s new health order comes amidst fierce pushback from some healthcare professionals, who warned that the loss of services caused by mandatory vaccination would place additional stress on the province’s already buckling healthcare system.

An anonymous source also told True North that private-sector healthcare had “lawyered up” over the mandate and that the province realized it had a fight on its hands, especially in light of pandemic restrictions being dropped across the country and around the world.

As of Wednesday, B.C. remains the only province in Canada that has not committed to dropping its vaccine passports and mask mandates.