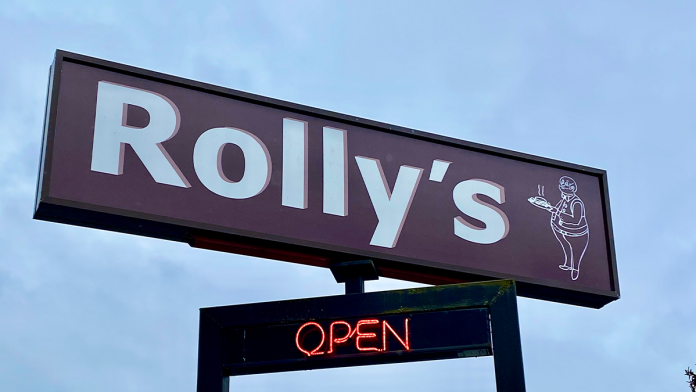 A small-town British Columbia restaurant that was shut down in October for refusing to check for vaccine passports has now reopened, the same day health officer Dr. Bonnie Henry announced the relaxing of the province’s pandemic restrictions.

Rolly’s Restaurant in Hope, B.C. resumed business on Thursday, five months after an injunction forced its closure last fall. The restaurant has now had to adopt a “counter-service model” in order to avoid enforcing vaccine passports, which are slated to be dropped on April 8. This means orders must be placed and picked up by customers in designated areas, similar to a fast-food restaurant.

Rolly’s was full on Friday for lunch, though its atmosphere was a little muted compared to the fighting spirit its walls had radiated last fall.

“I wasn’t sure what to expect,” co-owner Steve Young told True North. “From the support that we got, I thought that we would do well this summer when people were traveling. I mean, the counter service model is a bit of a gong show. It’s a huge change for us. We’ve got a month to live with it, but the servers are going around in circles. But it’s coming together. It’ll be fine.”

Rolly’s made national news last year by refusing to comply with B.C.’s vaccine passport program, which its owners called a violation of their customers’ privacy rights.

The restaurant continued operating after being served a closure order by the Fraser Health authority and having its business and liquor licences pulled, which drew fines of $100 a day.

The eatery became a rallying point for Canadians fed up with the erosion of civil liberties during the pandemic, drawing the personal attention of provincial health officer Henry and health minister Adrian Dix.

“We owe one another to follow public health rules,” Dix added. “It’s our expectation people will do that.”

Rolly’s was shut down by a Supreme Court injunction on Oct. 20, after operating in defiance of the closure order for two weeks.

During the hearing, co-owner Marlene Abeling mentioned the constitution and the Charter of Rights and Freedoms multiple times, telling the court that she did not believe that COVID-19 was a health risk, that there had been no transmission at the restaurant and that it was illegal to ask customers for their medical information.

Both the judge and lawyers for Fraser Health said her argument was “for another day.”

Young told True North that he didn’t see Rolly’s Restaurant’s reopening on Thursday as a victory but that he was grateful for the support they had received, and he was looking forward to the remaining pandemic restrictions being lifted in a month.

“I’m sure we would have needed at least $100,000 to go to court and take on their team of four lawyers,” he said. “And we weren’t really given the opportunity for legal counsel. I mean, the judge just basically said, ‘who am I to question the health authorities?’ I don’t know why a judge wouldn’t consult the constitution. But at any rate, we weren’t going to go sell a house to go to court.”

Young commended the restaurant’s loyal staff, adding that finding good help has been a huge issue over the past two years. Despite the fines, he said that Fraser Health and the municipality had been reasonable with getting the restaurant back up and running again.

“I certainly don’t criticize them for any of this,” he said. “I mean, obviously it’s the health ministry that has imposed all this, and I certainly don’t agree with it. But, yeah, it’s interesting.”

“And this is only day two.”