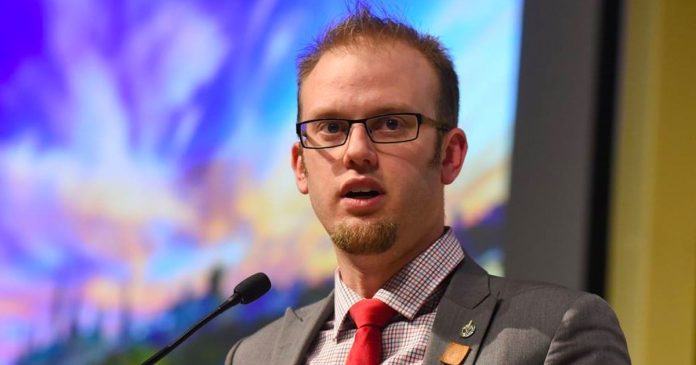 “As a pro-life member of Parliament who speaks regularly on life issues, I want to make sure that the leadership candidates bring forward policies and debate ideas around life in the womb, parliament, freedoms and end of life care,” said Viersen in a statement on Thursday.

He said the first is by adopting policies that save lives. These policies, he said, could be restrictions on abortions, measures supporting low-income pregnant women to help them choose life and methods to raise awareness about adoption.

Viersen said that MPs should be free to express their opinions, vote their consciences and put forward private members bills they find important.

He said Canadian democracy is stronger “when all opinions can be heard, not just the opinions that advisors in the leader’s office find convenient.”

Viersen continued by saying that the next Conservative leader needs to respect provincial jurisdiction – unlike the Liberals, he said, who have penalized and pressured provinces for their approaches to abortion.

The fifth way Conservative leadership candidates can support pro-life policies, he said, is by promising to enact the safeguards the Conservatives proposed in the 2021 Canadian election and additional ideas to protect people “beyond the womb.” This involves stances against euthanasia and assisted suicide, which oppose what Viersen said were pro-life people’s beliefs in protecting life from conception to natural death.

As for what the Conservative leadership candidates themselves have stated on these issues, Conservative MP Leslyn Lewis has said that she wants to increase funding for pregnancy care centres and ban sex-selective abortion.

“I have a lot of friends who are pro-choice, and there are a number of issues that when we sit down and talk, we agree on,” said Lewis in an interview on the Andrew Lawton Show on True North on Tuesday. “I like to ask people, ‘what do you believe on the issue?’ and find commonalities.”

Conservative leadership candidate Pierre Poilievre, who was adopted at birth, told Lawton on Mar. 11 that while he is personally pro-choice, he also believes in freedom.

“My policies will recognize that freedom,” said Poilievre. “What I will propose are ways we can help women who want and have chosen to put up their child for adoption.”