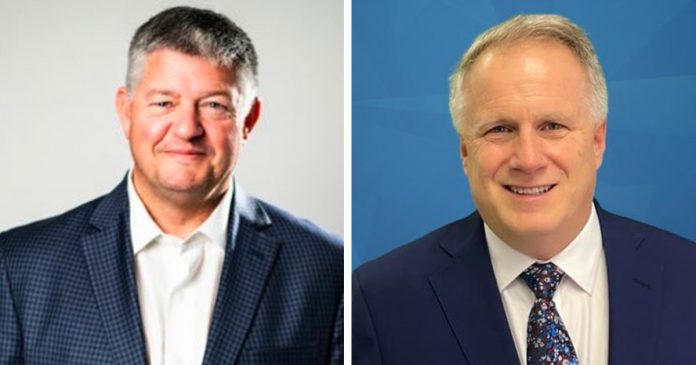 Conservative MPs Scott Aitchison and Marc Dalton both announced on Sunday that they are running to become the next leader of the Conservative Party of Canada (CPC).

Aitchison, who has represented the Ontario riding of Parry Sound-Muskoka since 2019 and prior to that was mayor of Huntsville, said that he learned about leadership from his time on town council.

“Today, Canada needs the kind of inclusive, engaged and compassionate leadership that I learned right here,” said Aitchison at his campaign launch in Huntsville. “And so far that reason, it is fitting that here in this place that I formally announce my candidacy to be the next leader of the Conservative Party of Canada.”

Aitchison said that Canadians are tired of the “partisan gridlock” going on in Ottawa and that they want leaders to solve problems. He added Canadians are looking for a leader who can step up to fight inflation and reduce the cost of living.

He promised that if elected CPC leader, he would advocate for more homes to be built to manage the housing crisis. He added that he would invest more money in the Canadian military to ensure they are capable and prepared.

Aitchison said that the Conservatives need a leader who can grow the party and bring new MPs to Ottawa. He added that the only way for Conservatives to win is through unity.

“So let today be the day that we tell those who seek to divide Canada that we’re putting an end to the politics of fear and anger,” he said. “That right here, right now together, we will begin to write a new chapter on what government can be.”

Dalton said that he is running for CPC leader because he loves Canada.

“It’s a beautiful country with beautiful people,” said Dalton in a video posted to Twitter. “I’ve been to every province and two of the territories.”

He has represented the British Columbia riding of Pitt Meadows-Maple Ridge since 2019 and used to be a B.C. Liberal MLA.

Dalton said that one of his first actions as leader would be to call for a national inquiry into the COVID-19 pandemic. This inquiry, he said, will look into how multimillion dollar contracts went to Liberal supporters.

Dalton said he is proud of his French and Indigenous heritage and that he wants the country to improve for all Canadians.

“My desire for all Canadians is to thrive and prosper,” he said. “Please join me as we build a better Canada together.”

The Conservatives will select their next leader on Sept. 10.