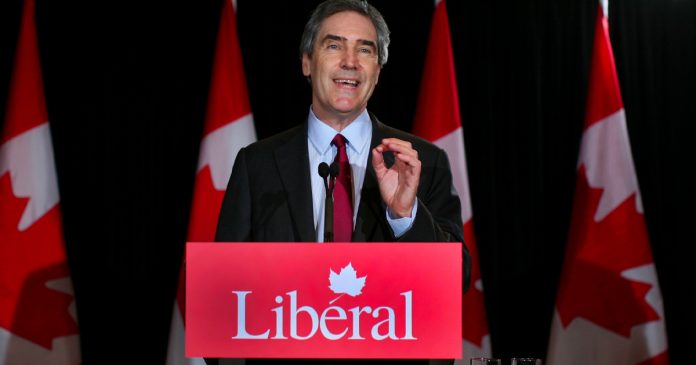 “Why the hell did we get to a situation in which hard working men and women in Canada felt so alienated that they had to shut down the capital of our country for three weeks?” said Ignatieff on an upcoming episode of The Hub’s Hub Dialogues. “It doesn’t excuse what they did – I felt that police action had to be taken to clear the thing – but, boy, it’s an indictment of the failure of liberal democracy.”

Ignatieff was the Liberal leader from 2008 to 2011, and it was his resignation that led to Justin Trudeau eventually winning the party’s leadership. An academic and author, Ignatieff served most recently as president and rector of the Central European University.

Trudeau invoked the Emergencies Act on Feb. 14, and for the first time in Canadian history, to end the trucker protests. According to Trudeau, using the act was important to give the federal government and police forces more powers to break up protests and border blockades, despite most of them having ended by that time.

“There’s a high level of frustration that this situation has gone on as long as it has,” Trudeau had said. “Those people have gone from protesting and disagreeing with those (COVID-19) measures, to limiting and blocking the freedoms of their fellow citizens.”

Ignatieff went on to say that governments have to listen to massive protests and that democracies need disagreements. He also said that Canadians love to avoid conflicts and that such an avoidance leads to a build-up. The problem with Canadians, he said, is that “we’ve decided the solution to this problem is to be very, very nice and avoid saying anything that stirs anybody up.”

Ignatieff said that a liberal society should prioritize individualism rather than separating people into identity groups. He said liberals put freedom before equality and solidarity.

He also said that this belief distinguishes liberals from socialists and social democrats. and that it separates liberals from conservatives since “freedom means change.”

Ignatieff is not the only Liberal to have broken ranks with Trudeau about his response to both the pandemic and the trucker protests.

Quebec Liberal MPs Joel Lightbound and Yves Robillard both spoke out against their government’s actions in February, with Lightbound taking aim at Trudeau’s characterization of the protesters as violent extremists.

“I have enough respect for my fellow Canadians not to engage in these easy, absurd labels,” Lightbound said.