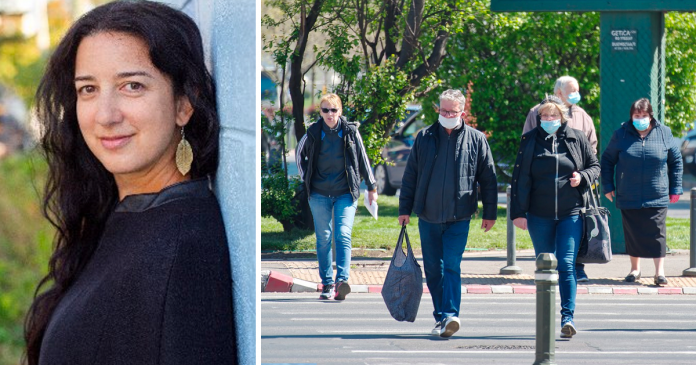 British Columbia’s human rights commissioner has called on B.C.’s government doctor to require everyone to wear masks again, less than a week after the holdout province lifted the mandate.

Commissioner Kasari Govender published a letter this week that she had sent to B.C. health officer Dr. Bonnie Henry on Mar. 16, only five days after the province had lifted its mask mandate for most settings.

Citing disproportionate effects of the province’s decision on marginalized people, Govender also admits in the document that she has no access to the relevant statistics.

In her two-page letter, Govender expresses her concern for “inequitable impacts of ending the mask mandate,” writing that “some of us are more vulnerable than others to the virus, and public health policy must consider these disproportionate impacts.”

According to Govender, vulnerable groups include “immuno-compromised people, older people, indigenous and racialized people, people with disabilities, and low-income communities.”

A footnote to the claim sees Govender admit, “(w)hile I do not have access to the data in B.C., I make these assertions based on the race-based data available in other jurisdictions…”

She also emphasizes the fact that children under five years old cannot be vaccinated but will be “attending school without masks.”

“Lifting the mask mandate will do disproportionate harm to those who are already marginalized, forcing many to withdraw from activities of daily life in an attempt to protect their health, and reducing the capacity to enjoy their human rights to their full extent. Parents who are medically vulnerable face the difficult decision to send their children into schools with increased risk of transmission or to keep their children from their educations.”

The lifting of mask mandates in B.C. schools, which coincides with the end of spring break, varies among districts. Although some B.C. children returned to school this week, many are still on holidays until next Monday.

Restrictions adopted by the province’s schools over the Omicron variant saw class groups segregated, all movements monitored, children masked at all times except for eating and children forbidden from playing with friends from other classrooms even on playgrounds.

Despite the many experts and organizations that have warned of serious developmental impacts of masking on kids, at least one B.C. advocacy group is calling the dropping of forced masking in schools a potential “human rights violation.”

Govender, who receives a $300,000 annual salary from taxpayers, goes on to write that the requirement to wear masks is “minimally invasive,” however tired people may be of wearing them.

“The requirement to wear a mask in indoor public spaces is a comparatively minor infringement on an individual’s autonomy and an inconvenience in exercising one’s rights,” she wrote.

“At this late stage in the pandemic, we must not turn our backs on our mutual responsibility to keep each other safe.”

As with the Tribunal, which does not recognize personal choice or political beliefs as protected grounds against COVID mandates, the Commission makes no mention of issues surrounding vaccination or masking in its definition of hate incidents.

“Those who are clinically vulnerable have been more the focus of our efforts as a government and of the provincial health officer’s efforts than anywhere else in Canada,” Dix said.

“No one has focused, in terms of vaccination, on the clinically vulnerable and as effectively and as substantively as we have. We will continue to do that.”

B.C. was the last province to declare a timeline for dropping its COVID restrictions and remains the only one to still have a vaccine passport. The lifting of the vax pass is currently scheduled for Apr. 8 – “assuming that our conditions continue to improve,” Henry said on Mar 10.

Even before then, however, Henry had assured businesses who still wanted to enforce masking and vax passes that the government would support those practices. Henry has also signalled repeatedly that she is willing to bring pandemic restrictions back if she thinks them necessary.

As of Tuesday, the province reported that 90.8% of those five and older had received one COVID shot, with 87.3% having a second dose.