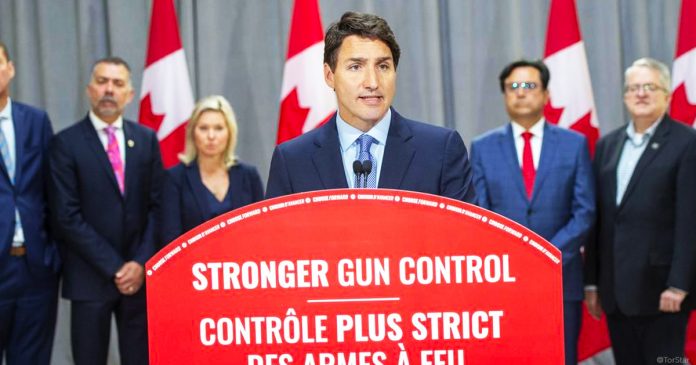 The Trudeau government announced its “expert advisory group on online safety” on Wednesday, and it includes a known spreader of misinformation.

Bernie Farber made headlines last month during Ottawa’s Freedom Convoy after sharing a picture of an anti-Semitic flyer that was allegedly found “in plain site.”

The claim was later proven false by journalist Jonathan Kay in a Tweet where Kay found an identical photo posted by someone in Miami a month prior.

Farber’s career has reportedly focused on human rights, anti-racism, pluralism and inter-ethnic/faith/race relations. He is also Chair of the Canadian Anti-Hate Network (CAN), an organization that researches hate groups and hate crimes in Canada.

CAN has worked with foreign organizations such as the Southern Poverty Law Center in the US.

Calling themselves an “independent and non-profit” organization, CAN also received funding from the Canadian government in 2020 as part of a $15 Million grant program called “Building a More Inclusive Canada.”

When asked whether the government’s online hate legislation will infringe on free speech, Rodriguez said the bill will actually help free speech.

Despite saying he fully supports protecting freedom of expression, Farber himself claimed there is an inclination to “lean so favourably towards ensuring the rights of white supremacists” instead of focusing on the rights of victims.

“We don’t have much more time left before there’s going to be another horrible, horrible incident. Canadians are going to throw up their hands in despair and say, ‘Why don’t we have any laws to protect us?’” Farber said.

“Canadians want harms legislation. Why haven’t we got it yet?”