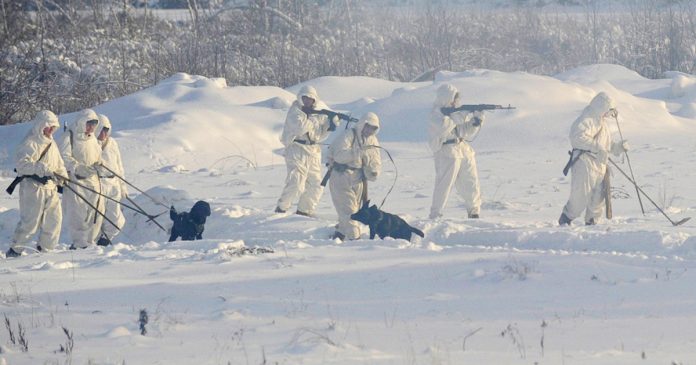 A commander with the Canadian Armed Forces (CAF) has stated that Canada has no chance of matching Russia’s military capabilities in the Arctic.

According to Defence Chief Gen. Wayne Eyre, Canada cannot hope to maintain a permanent presence in the north, but instead will only deploy troops where necessary.

“We are continuing to stand strong in our sovereignty and our defence of the Arctic,” said Trudeau. “Of course, with Norad modernization on the table, with increased investments in defence, the Arctic is an area we’re going to look closely.”

Over the past few years, Russia has expanded its Arctic presence with bases littering the entire region. Satellite images show Russian expansion and strengthening of airfields along Russia’s Arctic coast.

In March, it was also revealed that Russian forces had recently reoccupied more bases used by the former Soviet Union.

“One of the challenges, one of the expressions of sovereignty is being able to project force to the extremities of your country,” Eyre told a Defence Conference earlier this year.

Russian forces have also crossed into disputed territory as numerous nations vie to make claims on the Arctic. For example, in Jan. 2020, NORAD warned that two nuclear-capable Russian bombers had buzzed Canadian airspace. The jets crossed over the North Pole and approached Canada, although they remained in international airspace.

The UK’s Chief of Defence Staff Gen. Sir Nick Carter has said that his nation is “keen to cooperate” with Canadians on Arctic defence.