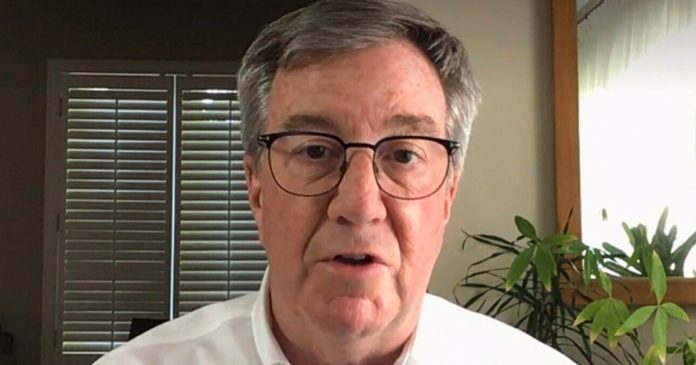 Ottawa mayor Jim Watson is the latest voice to demand the Ontario government force residents and kids to mask up again, saying that schools and stores are two places where he’s becoming “more and more worried.”

Watson called on Ontario premier Doug Ford to “really rethink” the government’s decision to drop the mask mandate – this despite the fact that public health officials in several major provinces no longer recommend mandatory masking.

“We’ve got to kill this virus once and for all, and we can’t do it if we take away some of the tools that doctors tell us are the most effective tools keeping us safe,” Watson said.

“I think the province has to really rethink their mask mandates; I think we need to have masks remaining on in essential services, places you have to go to – grocery stores, pharmacies, schools and also on transit.”

In an attempt to override provincial directives, Watson has asked the city to look into whether they have the authority to continue mask mandates on public transit.

“The last thing we need is more lockdowns, so I’d rather take some preventive measures now,” said Watson.

Ontario’s Liberal and NDP parties have also called for a return of masking earlier this week.

Watson was a principal opponent of the Freedom Convoy which protested against COVID-19 mandates throughout downtown Ottawa in February.

During a council meeting on Feb. 7, Watson claimed without any corroborating evidence that an attempted arson in the city the night before “clearly demonstrates the malicious intent” of the truckers protesting on Parliament Hill.

“Yesterday we learned of a horrific story that clearly demonstrates the malicious intent of the protesters occupying our city,” said Watson.

“On Sunday morning, two young men entered the lobby of the building on Lisgar St. where they proceeded to light fire starter bricks near the elevators before taping up the door handles so residents would struggle to get out during a fire.”

The Ottawa Police Service has since stated that neither of the suspects arrested for the incident has any connections to the convoy protests.