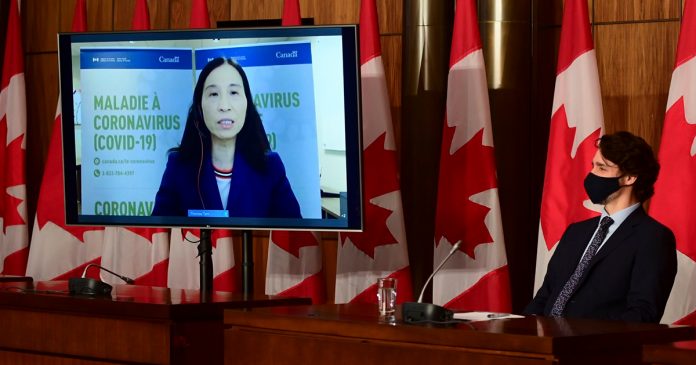 The Trudeau government invested $20 million dollars of taxpayers’ money in a COVID-19 testing system that didn’t work and was never delivered to Canadians.

Since discovering that the company went bankrupt and is being liquidated, the Public Health Agency of Canada (PHAC) has written off the amount as a loss.

“The company went through insolvency proceedings and is now being liquidated,” wrote PHAC. “By law, once a person or a company is in the insolvency process, no one can sue or attempt any other form of recovery. No litigation is allowed and all procedures go through the Trustee and is a public process.”

In 2020, the Trudeau government jumped to invest millions in Spartan Bioscience, which promised an Ontario-made portable COVID-19 testing cube that allegedly could detect the virus in less than an hour.

Company CEO Dr. Paul Lem was praised by the media and promised the federal government that he could produce 200,000 cubes priced at $8,000 each, plus the $70 cost for each test.

Prior to testing the invention, Health Canada signed a contract in March 2020 with Lem’s company.

“The Spartan COVID-19 system encountered numerous performance-related issues since the initial contract was signed in March 2020,” Health Canada spokeswoman Anna Maddison said in a statement. “The company was unable to fulfil the terms of the contract and did not deliver Health Canada-approved COVID-19 tests to the Government of Canada. The total loss is still $20 million.”

“Instead of being proactive from the start and using every second available to prepare the best defence against COVID, the Liberal government made a panicked last-minute dash to secure rapid tests, putting millions of taxpayer dollars at risk as a result of their failure to perform proper due diligence,” said Barrett.

“The cost of the Liberal government’s failure is always paid by Canadians, and this is one more example of how Canadians can’t afford more of the same from this NDP-Liberal coalition government.”

Last week it was also revealed that in total, Ottawa lost $106 million on faulty personal protective equipment over the course of the pandemic.

“The Agency is reporting a loss of $105 million due to advanced payments made to suppliers for orders that will not be fulfilled. These cases relate to goods purchased as part of the Agency’s Covid-19 response,” government officials wrote in the House of Commons.