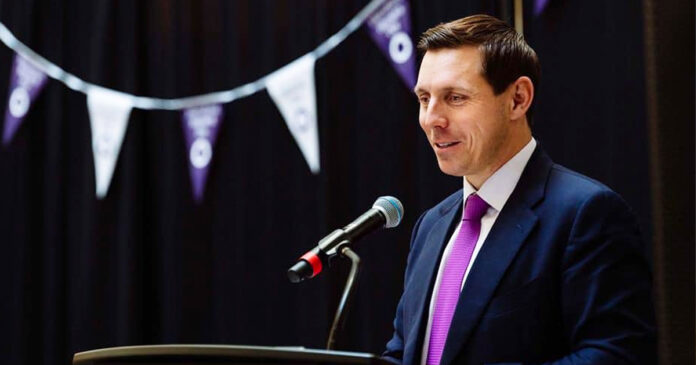 Conservative Party of Canada (CPC) leadership candidate Patrick Brown appears to have been avoiding legacy and independent media outlets since launching his campaign.

Brown, who is also the mayor of Brampton and the former leader of the Ontario PC Party, launched his campaign for the CPC leadership in Brampton on Mar. 13, selling himself as a “Fighter. Leader. Winner.”

He has since travelled to various Canadian cities, including Vancouver, Winnipeg, Montreal and Ottawa to meet with different cultural groups.

However, Brown doesn’t appear to have done legacy or independent media interviews since launching his campaign. It should be noted that before his campaign launch, Brown would often appear in legacy, radio, and even independent outlets in his capacity as mayor of Brampton.

For example, Brown spoke with True North’s Andrew Lawton back in January to discuss hospital data and the need to end pandemic lockdowns.

True North searched through Brown’s Twitter and Facebook posts and did not find a single interview since he launched his CPC leadership campaign. The same goes for Brown’s campaign YouTube channel.

True North reached out to Brown’s team to ask if they could point to any interview or media appearances he has done since launching his campaign but did not hear back by the deadline given.

It does appear, however, that Brown is willing to engage with cultural media, as True North did come across an interview Brown did on Mar. 15 with a South Asian community news outlet.

Despite his lack of media appearances, Brown has made his stances known on select issues, including selling himself as an opponent of cancel culture and a promoter of religious freedoms. He has, for example, promised to continue opposing Quebec’s Bill 21 – a controversial secularism bill.

Brown has also criticized Harper-era policies on the Niqab – an Islamic garment that completely covers a woman’s face, except for the eyes.

The Toronto Star has also reported that Brown pledged to Tamil communities that he would lift the terrorist designation on the Tamil Tigers — a militant organization responsible for several terrorist attacks, including suicide bombings.

That Brown has spoken out about certain issues while apparently avoiding legacy and independent media has led some to wonder whether his controversial past as a politician is a factor.

A number of controversies had arisen while Brown was leader of the Ontario PC Party from 2015 to 2018, including flip flops on the carbon tax and on a promise to repeal Kathleen Wynne’s controversial liberal sex-ed curriculum.

There were also allegations of rigged nominations, voter fraud and ballot stuffing in the Ontario PC Party under Brown’s leadership, as well as an investigation that found Brown had breached ethics laws.

Since becoming mayor of Brampton, Brown has continued to face controversies, including a failed university scheme and problems involving Brampton’s integrity commissioner.

It also should be noted that some people on Brown’s campaign team were previously on the campaign of ousted Conservative leader Erin O’Toole – who also flip-flopped on certain issues, including the carbon tax.

Polling is not shedding positive light on Brown’s campaign, with a recent Leger survey giving him 5% support among Conservative voters. For comparison, front-runner Pierre Poilievre received 43%.

There are currently 12 people vying to lead the Conservative party into the next election. Candidates have until Apr. 29 to submit the required signatures, and to pay the registration fee and compliance deposit to appear on the ballot.