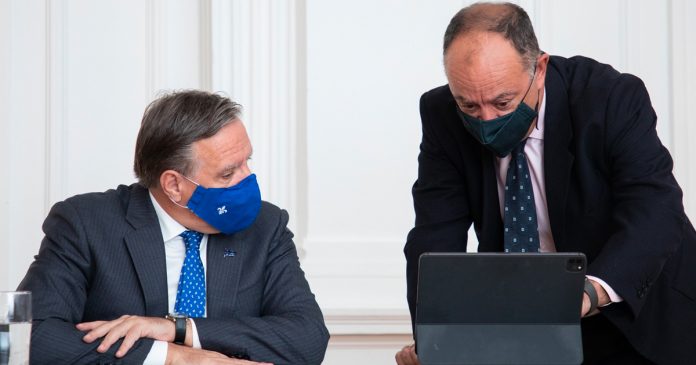 The original tweet stated in French: Here is the situation in Quebec as of April 13.”

The embarrassing mistake led to a public retraction by Sante Quebec, although by the time the department apologized, the tweet had already been live for half an hour.

“Due to a situation beyond our control, a link with inappropriate content was posted on our Twitter account. We are looking into the causes. We are sorry for any inconvenience,” wrote Sante Quebec.

Company officials have even had to appear before parliamentary committees to testify over the content on their platform.

In February, MPs with the Standing Committee on Access to Information, Privacy and Ethics heard from witnesses including Serena Fleites who said she had sexually explicit videos of her posted to the website when she was only thirteen years old.

“Even when I messaged them multiple times, it would take forever. When I did get a response, they would hassle me for all these other details.”