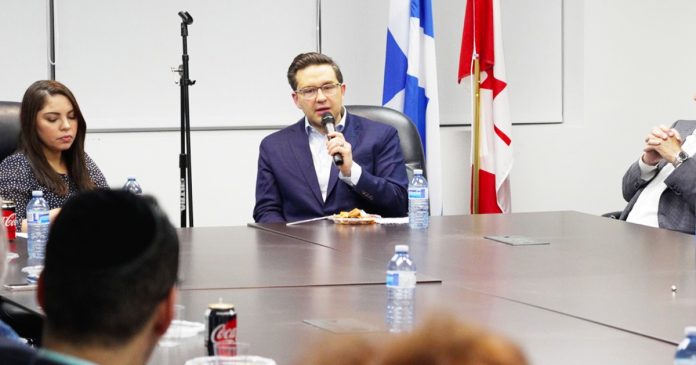 Conservative Party of Canada leadership candidate Pierre Poilievre has announced he would ban a proposed “central bank digital currency” (CBDC) as well as audit the Bank of Canada if elected prime minister.

“Justin Trudeau has threatened the Bank of Canada’s independence with a half-trillion dollars of deficits that required the central bank to print money and cause inflation,” said Poilievre.

Poilievre says that ​​“(m)oney-printing deficits have sent more dollars bidding up the price of goods. Inflationary taxes have made it more expensive for businesses to produce those goods,”

He added that “(t)he more Liberals spend, the more things cost. That is JustinFlation. I will end it, by restoring central bank independence, mandating an independent audit of all the money printing.”

The Bank of Canada is looking at potentially developing a digital currency, although it would be up to the Minister of Finance whether Canada adopts it or not. According to the bank, private digital currencies such as bitcoin could hurt its ability to “control inflation and act as the lender of last resort.”

Poilievre said he does not believe a central bank digital currency is necessary, citing risks that come with adopting one.

The bank’s discussion paper says that a “retail CBDC is defined as a liability of the Bank of Canada denominated in Canadian dollars that can be held and transferred in electronic form by the general public.” Electronic money that is held in a bank by retail consumers can be described as a deposit, reads Poilievre’s news release.

According to him, a CBDC would lead to nationalized bank deposits and other banking activities enabled by those deposits.

His news release also said the Bank of Canada “contradicts itself on whether a Central Bank Digital Currency would pay interest on those deposits.”

Poilievre added that the Bank of Canada would have an advantage over commercial banks because it would have the ability to print money to pay customers better interest rates.

This would lead to customers being forced to switch from a commercial bank to the central bank to receive “free money,” he says in a news release on Wednesday, on top of causing runaway inflation.

Furthermore, Poilievre says that “a central bank would not need to worry about running losses because, as Governor Macklem told the Finance Committee, taxpayers are always there to bail them out.”

This, said Poilievre, is something that commercial banks are not able to do.

Poilievre also asserts “serious risks” to having a digital currency run by the Bank of Canada, which outweigh the benefits.

He warns that banking could become politicized, with politicians “making election promises of more generous interest rates for depositors or other benefits.”

As Poilievre puts it, “(t)here is also the risk that the government could use the power to pick and choose winners and losers, with CBDC (central bank digital currency) regulations supporting or opposing certain industries, provinces or voter groups.”

On top of banning a Bank of Canada digital currency, Poilievre would see through a bill proposed by MP and former Conservative leader Andrew Scheer that would give the Auditor General the power to audit the Bank of Canada.

Poilievre said he supports an investigation by the Auditor General to determine if Justin Trudeau’s Liberals interfered with the independence of the Bank of Canada in order to fund their deficits, adding “(w)e need answers on why inflation is now triple the Bank’s 2% target. ”

This announcement is not Poilievre’s first when it comes to the issue of banking and digital currencies. A supporter of bitcoin, Poilievre previously stated that he wanted to make Canada the “blockchain capital of the world.”

“Government is ruining the Canadian dollar, so Canadians should have the freedom to use other money, such as bitcoin,” Poilievre said in March at a London, Ont. rally.