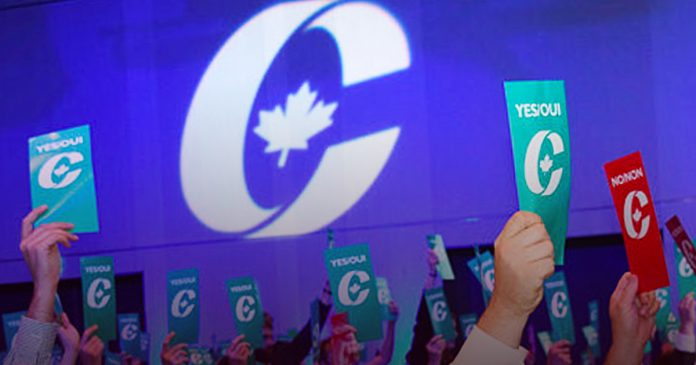 The Conservative Party of Canada (CPC) has finalized its list of leadership candidates, and three contenders have not made the cut.

Leadership candidates had to raise $300,000 and obtain 500 signatures from members who live in 30 different ridings by 5:00pm ET on Apr. 29 in order to be a verified candidate and appear on the ballot.

In a statement obtained by CBC News, CPC executive director Wayne Benson said that decisions to disqualify candidates were “based on the requirements set out under the rules, not any prospective candidate’s political beliefs.”

Etienne told the network he gave the party the needed paperwork ahead of the deadline imposed by the party’s Leadership Election Organizing Committee. Etienne also said in a statement that he is “preparing a formal protest.”

In an update, Abraham’s campaign said he is asking for “a detailed justification of their decision.”

“As valued supporters of our campaign for Truth. Transparency and Real Conversations, we will give you updates as we question the ruling and seek to understand more,” wrote his campaign.

Bourgault said on social media that the party told him he did not have the required $300,000 registration fee and compliance deposit, despite having submitted $367,453 ahead of the deadline.

Verified leadership candidate Leslyn Lewis addressed the disqualifications in a tweet, where she called on the CPC to reinstate Abraham, Bourgault and Etienne.

“We want a fair race. I’m not afraid of a hard fight, and the Conservative party is not one that should be cancelling legitimate contestants,” wrote Lewis.

The 2020 CPC leadership race came under scrutiny after socially conservative candidates Richard Decarie and Jim Karahalios were disqualified. Karahalios had sued the party to get back onto the ballot and won, before being disqualified again.

The CPC will host two official leadership debates in May – one in Edmonton and one in Montreal. The new leader will be announced on Sept. 10 following mail-in voting.