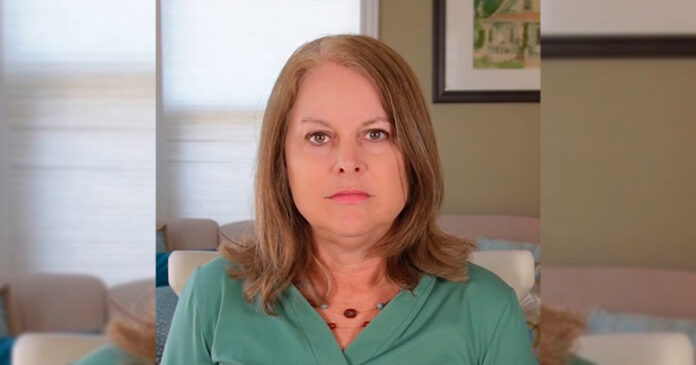 A former Waterloo Region District School Board (WRDSB) teacher has filed a $1.7-million defamation suit against the board and its chairman Scott Piatkowski for making widespread claims she was “transphobic” and had engaged in “hate speech” in a January presentation to the board.

Carolyn Burjoski, a teacher of 20 years with the WRDSB, alleges in her claim to the Ontario Superior Court on May 4 that Piatkowski made false and defamatory statements to the media following the meeting. These include Piatkowski saying that her presentation was “disrespectful” to trans people and that it would cause them to “be attacked.”

On Jan. 17, Burjoski was just four minutes into her deputation objecting to the appropriateness of certain highly sexualized books in elementary school libraries – for kids from kindergarten to grade six – when Piatkowski abruptly stopped her.

Piatkowski contended that Burjoski’s presentation violated the Human Rights Code, and Burjoski was expelled from the meeting.

She was subsequently put on home assignment, ordered to keep quiet and subjected to an investigation in which she was told her retirement benefits could be cancelled, and a formal complaint could be made to the Ontario College of Teachers.

Burjoski was also informed that the WRDSB could pursue criminal charges against her, but an investigation did not proceed because of her health status. The claim contends Burjoski was rushed to hospital suffering a nervous breakdown on Jan. 22 following the “onslaught of negative attention and harm.”

Burjoski alleges that the WRDSB chair contended he had to stop her presentation so as not to “allow hate into their board meeting.”

She also claims Piatkowski defamed her when he tweeted that Burjoski’s presentation was a “bat signal” to “every transphobe” on Twitter.

Her filing alleges that the various false statements – which were disseminated in media reports, on social media and other online forums as well as to WDRSB staff – were “highly damaging” to the long-time teacher’s reputation.

“In publishing these false and defamatory statements, Piatkowski and WRDSB ought to have known that such statements would ferment hatred, ridicule and contempt for Burjoski,” the claim states.

She alleges that Piatkowski’s conduct was “egregious, high-handed, capricious and oppressive.”

The court filing also notes that the WRDSB had refused to post the livestream recording of the Jan. 17 meeting – as required by the Education Act – so that the public could actually hear for themselves what was stated at the meeting and judge the appropriateness of the presentation.

The claim states that Burjoski sent a Feb. 16 letter to the board chairman seeking a retraction and apology. Neither has been forthcoming.

A copy of the meeting was never posted and other copies were removed from YouTube.

But I watched the proceedings that night and observed that Piatkowski – backed up by other woke trustees – greatly abused his power.

He subsequently cancelled all criticism of his move on his Twitter feed and blocked his critics.

While Burjoski was forced to silently cool her heels on home assignment, Piatkowski did a series of media interviews and sent a letter to board employees in which he continued to refer to her presentation as “transphobic” and hateful.

Burjoski posted a GoFundMe page Wednesday with a YouTube video to accompany her lawsuit. She indicated she needs $100,000 to support her fight against the WRDSB.

“I believe school boards are using language and HR legislation as weapons to silence anyone who questions their policies,” she says in the video.

“The message to all teachers is clear: If you speak up, you will be punished.”